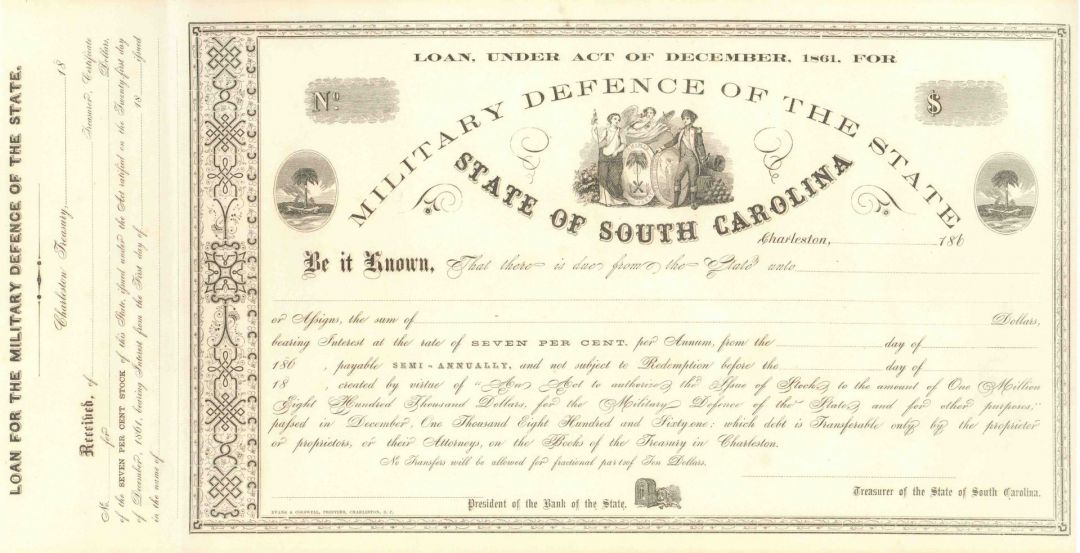 Unissued Bond for the "Military Defence of the State". Charleston, S.C. State of South Carolina. Rare!

Charleston's significance in American history is tied to its role as a major slave trading port. Charleston slave traders like Joseph Wragg were the first to break through the monopoly of the Royal African Company and pioneered the large-scale slave trade of the 18th century; almost one half of slaves imported to the United States arrived in Charleston. In 2018, the city formally apologized for its role in the American slave trade after CNN noted that slavery "riddles the history" of Charleston. Read more at https://en.wikipedia.org/wiki/Charleston,_South_Carolina