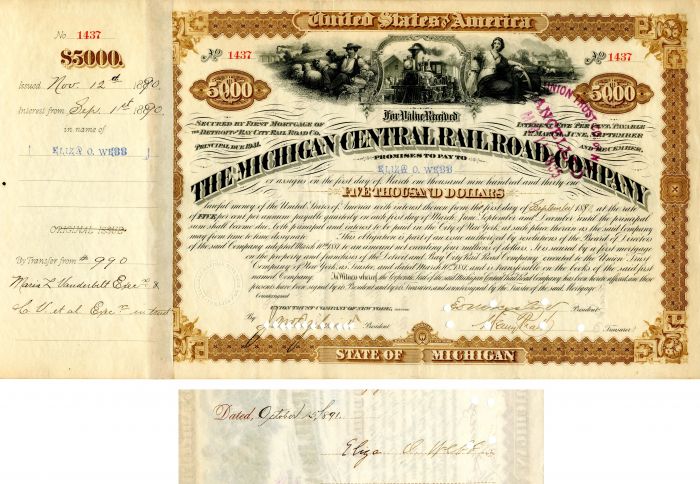 Eliza Osgood Vanderbilt was born in 1860. She was the youngest daughter and seventh child of William Henry Vanderbilt (18211885) and Maria Louisa Kissam Vanderbilt. Her grandfather was Cornelius Vanderbilt (17941877). Her siblings were Cornelius Vanderbilt II (18431899), Margaret Louisa Vanderbilt Shepard (18431924), William Kissam Vanderbilt (18491920), Frederick William Vanderbilt (18561938), Florence Adele Vanderbilt Twombly (18541952), Emily Thorn Vanderbilt (18521946) and George Washington Vanderbilt II (18621914).[2] She attended Miss Porters School in Farmington, Connecticut. With her US$10 million inheritance, Vanderbilt bought and developed Shelburne Farms in Shelburne, Vermont in 1899. She planned meals, hired servants, hosted guests, and took care of the interior decorating and garden design. She entertained at Shelburne Farms until her death in 1936.During his 1909 visit to Shelburne Farms, President William Howard Taft said her husband was absent because he was drunk. In April 1923, Vanderbilt built a house on Dunbar Road in Palm Beach, Florida. Later, she built another house in Gulf Stream, Florida. In 1881, Vanderbilt married William Seward Webb (18511926), and they had four children: Frederica Vanderbilt Webb, James Watson Webb, Sr., William Seward Webb, Jr. (18841960), and Vanderbilt Webb. She enjoyed playing golf, contract bridge, gardening, traveling and reading. She was one of the first female members of the Everglades Club in Palm Beach, Florida. Vanderbilt died in 1936.