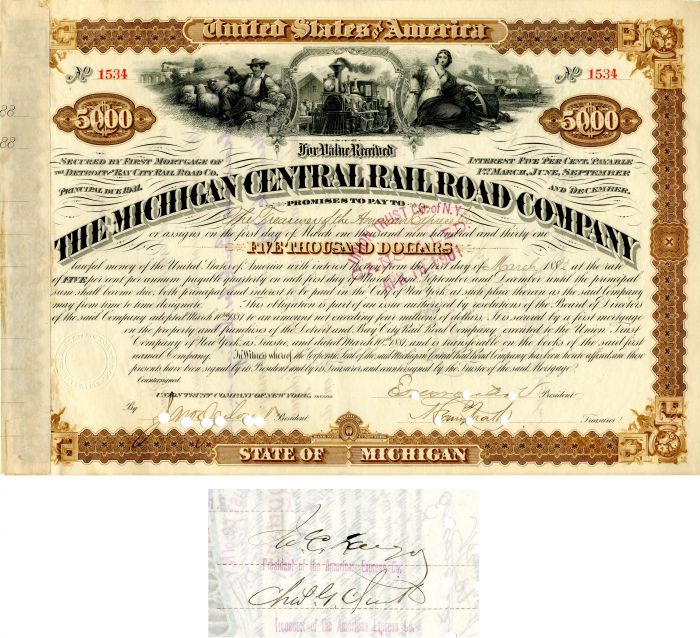 $5,000 5% Bond issued to the Treasurer of American Express Co. and signed by James C. Fargo on the back. Printed by American Bank Note Co., New York.