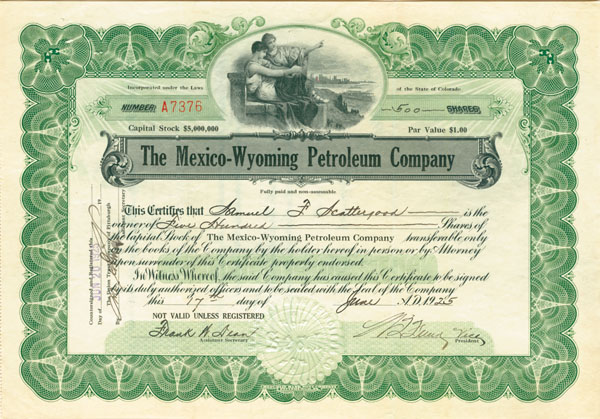 Wyoming is a state in the Mountain West region of the United States. The 10th largest state by area, it is also the least populous and least densely populated state in the contiguous United States. It is bordered by Montana to the north and northwest, South Dakota and Nebraska to the east, Idaho to the west, Utah to the southwest, and Colorado to the south. The state population was estimated at 578,759 in 2019. The state capital and the most populous city is Cheyenne, which had an estimated population of 63,957 in 2018.

Wyoming's western half is mostly covered by the ranges and rangelands of the Rocky Mountains, while the eastern half of the state is high-elevation prairie called the High Plains. It is drier and windier than the rest of the country, being split between semi-arid and continental climates with greater temperature extremes. Almost half of the land in Wyoming is owned by the federal government, leading the state to rank sixth by area and fifth by proportion of a state's land owned by the federal government. Federal lands include two national parksGrand Teton and Yellowstonetwo national recreation areas, two national monuments, several national forests, historic sites, fish hatcheries, and wildlife refuges.

Original inhabitants of the region include the Arapaho, Crow, Lakota, and Shoshone. Southwest Wyoming was claimed by the Spanish Empire and then as Mexican territory until it was ceded to the U.S. in 1848 at the end of the MexicanAmerican War. The region acquired the name "Wyoming" when a bill was introduced to Congress in 1865 to provide a temporary government for the territory of Wyoming. The name had been used earlier for the Wyoming Valley in Pennsylvania, and is derived from the Munsee word xwé:wamənk, meaning "at the big river flat".

Wyoming's economy is driven by tourism and the extraction of minerals such as coal, natural gas, oil, and trona. Agricultural commodities include barley, hay, livestock, sugar beets, wheat, and wool. It was the first state to allow women the right to vote and become politicians, as well as the first state to elect a female governor. Due to this part of its history, its main nickname is "The Equality State" and its official state motto is "Equal Rights". It has been a politically conservative state since the 1950s, with the Republican presidential nominee carrying the state in every election since 1968. A notable exception is Teton County, which has achieved notability for being Wyoming's most Democratic county and the only county in the state to be won by a Democrat in every election since 2004.

Item ordered may not be exact piece shown. All original and authentic.
Email this to a friend
Request Info
Previous Item (Midland Petroleum Corporation - Stock Certificate)    (Marshall Land and Lease Company) Next Item