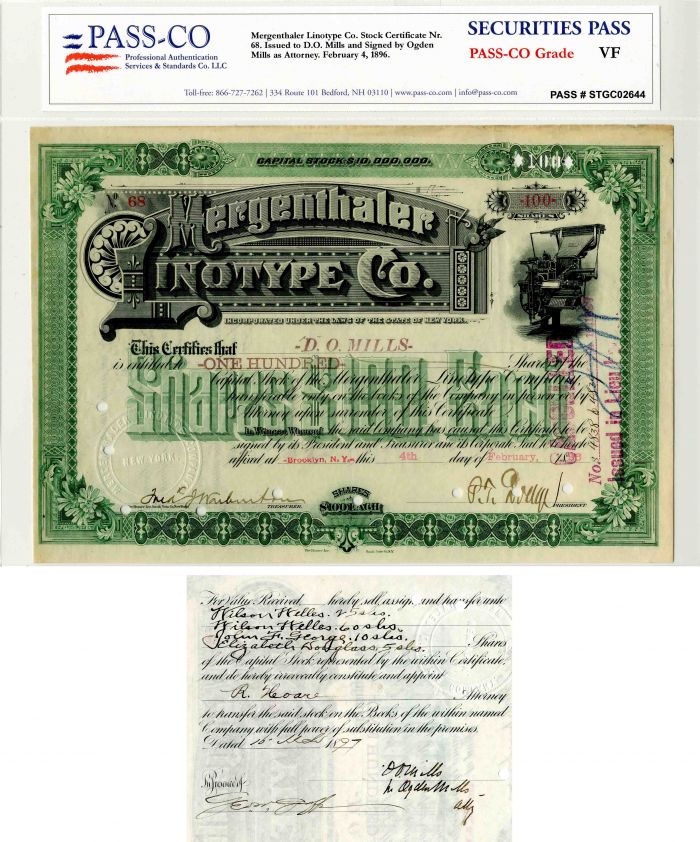 Ogden Livingston Mills (August 23, 1884  October 11, 1937) was an American lawyer, businessman and politician. He served as United States Secretary of the Treasury in President Herbert Hoover's cabinet, during which time Mills pushed for tax increases, spending cuts and other austerity measures that would deepen the economic crisis. A member of the Republican Party, Mills also represented New York in the United States House of Representatives, served as Undersecretary of the Treasury during the administration of President Calvin Coolidge, and was the Republican nominee in the 1926 New York gubernatorial election.

Mills was a delegate to the 1912, 1916 and the 1920 Republican National Conventions. He was a member of the New York State Senate from 1915 to 1917, sitting in the 138th, 139th and the 140th New York State Legislatures, and was the Chairman of the Committee on Affairs of the New York City, New York in 1917. He resigned his seat on July 31, 1917 to enlist in the United States Army, and served with the rank of captain until the close of World War I.

After the war, he served as President of the New York State Tax Association. He was to elected to the United States House of Representatives from New York's 17th Congressional District as a Republican, serving in the 67th, 68th and the 69th United States Congresses, holding office from March 4, 1921 until March 3, 1927. In 1926, Mills ran on the Republican ticket for the Governor of New York, but was defeated by Al Smith, the incumbent Democrat.

Mills was appointed in 1927, by the President Calvin Coolidge as the Undersecretary of the Treasury, serving under Secretary Andrew W. Mellon.

In 1932, Mills was appointed by President Herbert Hoover as Secretary of the Treasury. While Secretary, Mills acted as an adviser to President Hoover and actively campaigned for Hoover's reelection in 1932, traveling to Detroit, St. Louis, Los Angeles, San Francisco, Chicago, and Minneapolis on his behalf. Hoover's opponent was then Governor of New York, Franklin D. Roosevelt, a Democrat who was Mills's college friend and life-long neighbor. He remained in office until March 3, 1933.

After leaving the Treasury Department, Mills was highly critical of Franklin D. Roosevelt's New Deal policies. He continued to be active in business, and published his views in two books, What of Tomorrow in 1935 and The Seventeen Million in 1937.

While in New York, Mills was an active member of the New York Civitan Club.