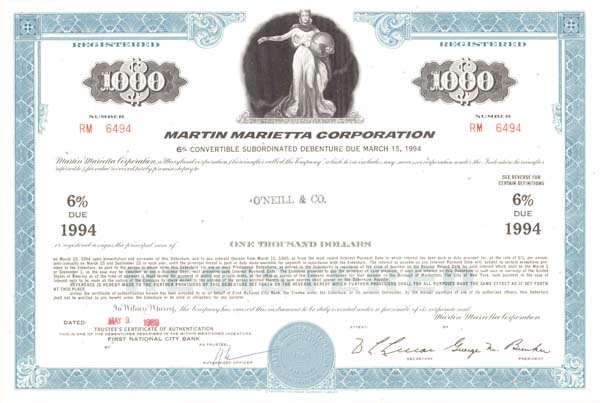 The Martin Marietta Corporation was an American company founded in 1961 through the merger of Glenn L. Martin Company and American-Marietta Corporation. The combined company became a leader in chemicals, aerospace, and electronics. In 1995, it merged with Lockheed Corporation to form Lockheed Martin.

Martin Marietta formed in 1961 by the merger of the Glenn L. Martin Company and American-Marietta Corporation.

Martin, based in Baltimore, was primarily an aerospace concern with a recent focus on missiles, namely its Titan program. American-Marietta was headquartered in Chicago and produced paints, dyes, metallurgical products, construction materials, and other goods.