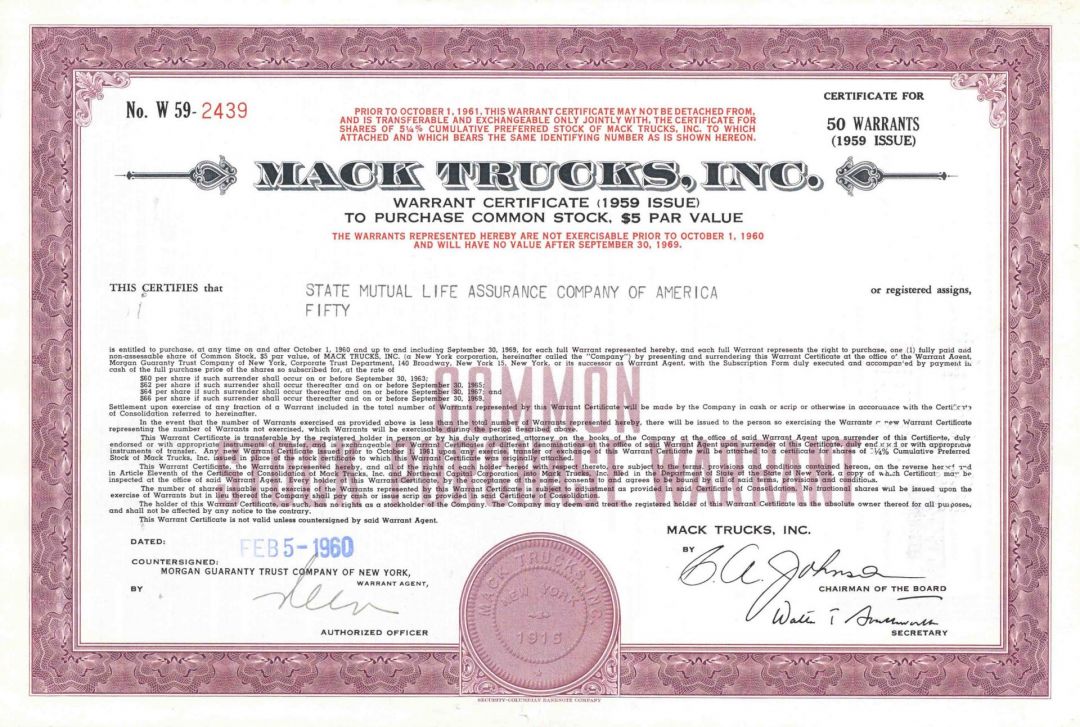 Mack Trucks, Inc., is an American truck manufacturing company and a former manufacturer of buses and trolley buses. Founded in 1900 as the Mack Brothers Company, it manufactured its first truck in 1905 and adopted its present name in 1922. Mack Trucks is a subsidiary of AB Volvo, which purchased Mack along with its then parent company Renault Véhicules Industriels in 2000.

Founded originally in Brooklyn, New York in 1900, the company's headquarters were moved to Allentown, Pennsylvania in 1905 where they remained until 2009. In 2009, its headquarters were relocated to Greensboro, North Carolina. Mack products are produced in Lower Macungie, Pennsylvania, and Salem, Virginia, with all powertrain products produced in its Hagerstown, Maryland plant. Mack also maintains additional assembly plants in Pennsylvania, Australia, and Venezuela. The company also once maintained plants in Hayward, California and Oakville, Ontario, though both of these have been closed. Read more at https://en.wikipedia.org/wiki/Mack_Trucks