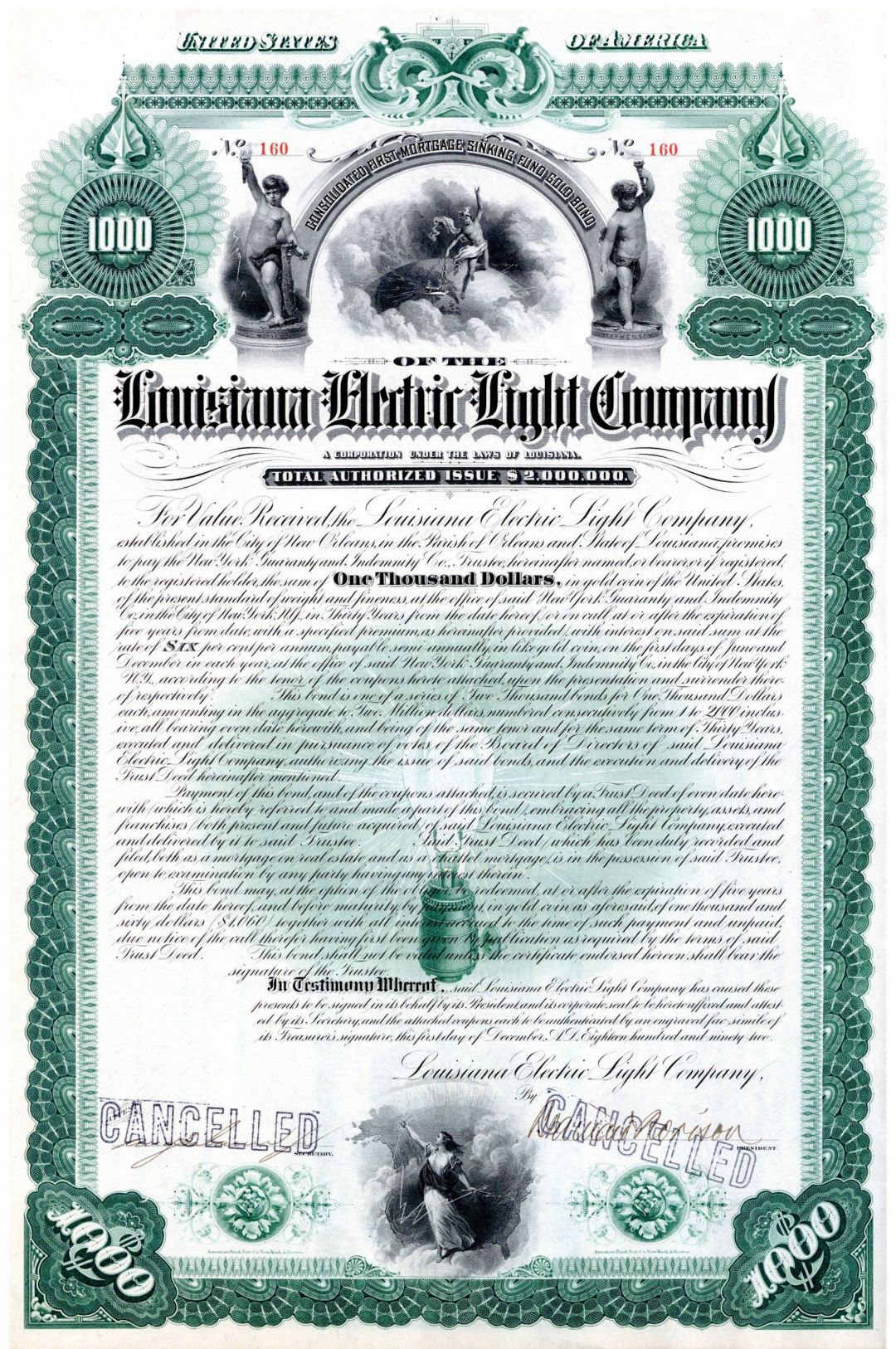 The Louisiana Electric Light Co. provided arc and incandescent electric lighting and power to the citizens of New Orleans from a plant that was located on Market Street between South Peters and Water Streets. It is now the site of Entergy's Market Street generating plant.

Entergy Corporation is a Fortune 500 integrated energy company engaged primarily in electric power production and retail distribution operations in the Deep South of the United States. Entergy is headquartered in New Orleans, Louisiana, and generates and distributes electric power to 3 million customers in Arkansas, Louisiana, Mississippi and Texas. Entergy has annual revenues of $11 billion and employs more than 13,000 people.

Item ordered may not be exact piece shown. All original and authentic.
Email this to a friend
Request Info
Previous Item (Street Improvement Bond in the City of Los Angeles - $113.86 Bond)    (Township of Livingston, in the County of Essex - $1,000 Bond) Next Item