Loan for Canal Improvement State of New York Issued to the will of Alfred G. Vanderbilt - $10,000 - Bond 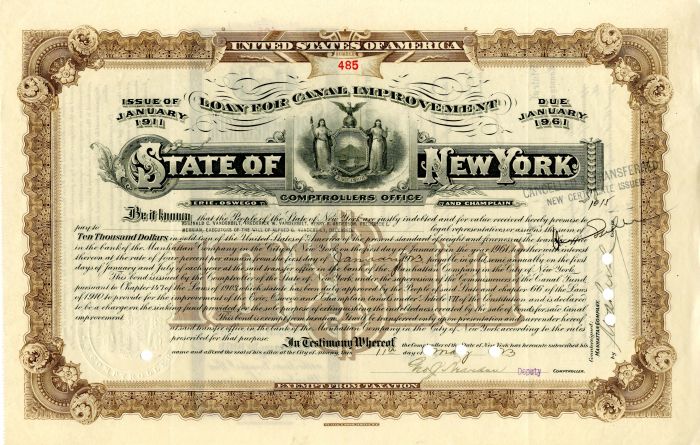