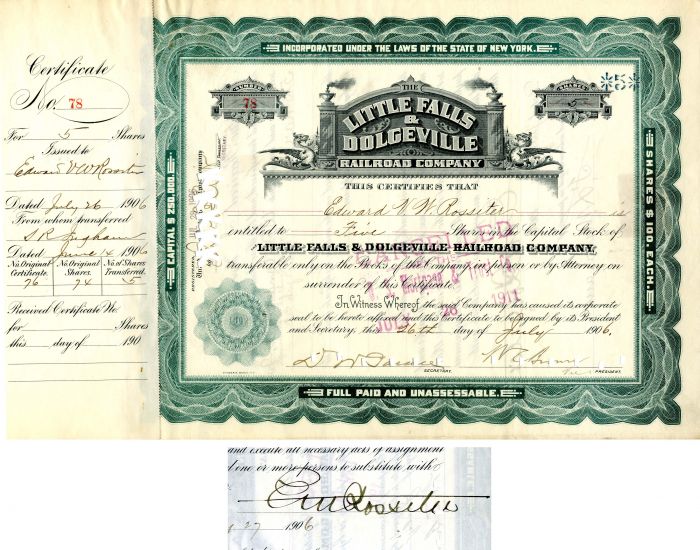 Years: 1906
Stock issued to and signed on back by Edward V.W. Rossiter.