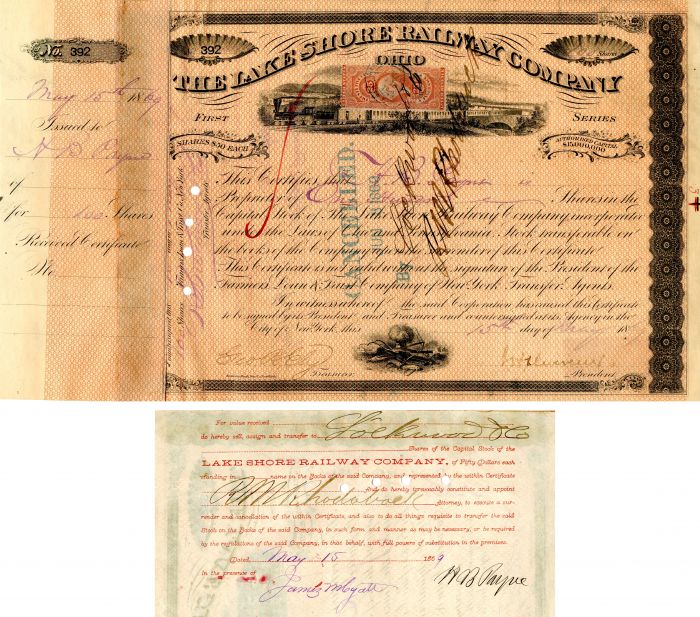 Henry B. Payne (November 30, 1810  September 9, 1896) was an American politician from Ohio. Moving to Ohio from his native New York in 1833, he quickly established himself in law and business while becoming a local leader in Democratic politics. After serving in the Ohio Senate, Payne was elected to a single term in the United States House of Representatives in 1874. In the House, he worked unsuccessfully for a compromise in the debate over whether all of the nation's currency should be backed by gold. He was defeated for reelection, but served on the Electoral Commission that convened in early 1877 to resolve the dispute over the results of the 1876 presidential election. He ran for the Democratic presidential nomination in 1880, but lost to Winfield Scott Hancock, who would go on to lose the general election to James A. Garfield. He was elected to the United States Senate in 1884. His election by the Ohio legislature was tainted with charges of bribery, but after investigation by the Senate, Payne was permitted to keep his seat. In the Senate, he voted for moderate tariff reforms and against the Interstate Commerce Act of 1887, but was otherwise a reliable Democratic vote. He did not run for reelection, and died in 1896.

John Henry Devereux (26 July 1840  16 March 1920), also called John Delorey before 1860, was an American architect and builder best known for his designs in Charleston, South Carolina. According to the National Park Service, he was the "most prolific architect of the post-Civil War era" in the Charleston area. His works are listed on the U.S. National Register of Historic Places. His Charleston Post Office and Courthouse has been designated as a U.S. National Historic Landmark. In his career, Devereux also designed a theatre, a synagogue, a Masonic hall (he became a Mason to do it, though he was Catholic), and Catholic, African Methodist Episcopal (AME) church , and Lutheran churches. One of the latter was the tallest building in South Carolina for over a hundred years. He blended and mixed architectural influences and styles.
Condition: Excellent