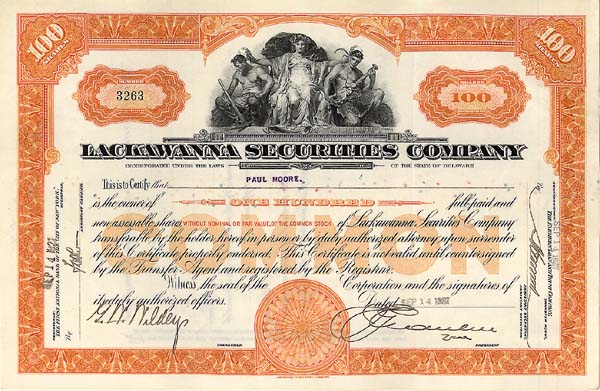 General Stock. Superb vignette of female figure with a male at each side! Rare!!! Available in Orange and Green. Please specify Color.