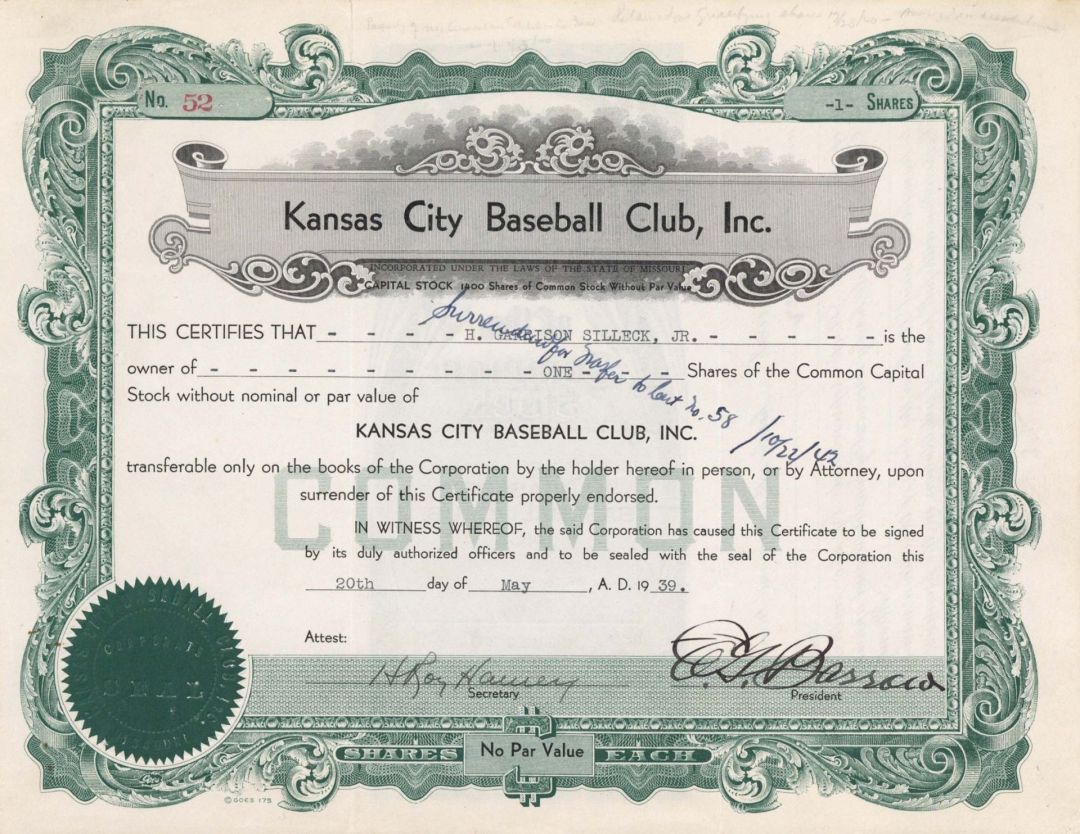 Stock printed by Goes. Signed by E.G. Barrow, general manager of the Yankees!

Edward Grant Barrow (May 10, 1868  December 15, 1953) was an American manager and front office executive in Major League Baseball. He served as the field manager of the Detroit Tigers and Boston Red Sox. He served as business manager (de facto general manager) of the New York Yankees from 1921 to 1939 and as team president from 1939 to 1945, and is credited with building the Yankee dynasty.[citation needed] Barrow was elected to the Baseball Hall of Famein 1953.

Born in a covered wagon in Springfield, Illinois, Barrow worked as a journalist and soap salesman before entering the business of baseball by selling concessions at games. From there, Barrow purchased minor league baseball teams, also serving as team manager, and served as president of the Atlantic League. After managing the Tigers in 1903 and 1904 and returning to the minor leagues, Barrow became disenchanted with baseball, and left the game to operate a hotel.

Barrow returned to baseball in 1910 as president of the Eastern League. After a seven-year tenure, Barrow managed the Red Sox from 1918 through 1920, leading the team to victory in the 1918 World Series. When Red Sox owner Harry Frazee began to sell his star players, Barrow joined the Yankees. During his quarter-century as their baseball operations chief, the Yankees won 14 AL pennants and 10 World Series titles.