Jamestown and Northern Railroad Co. issued to and signed by W. P. Clough and Geo. Earle 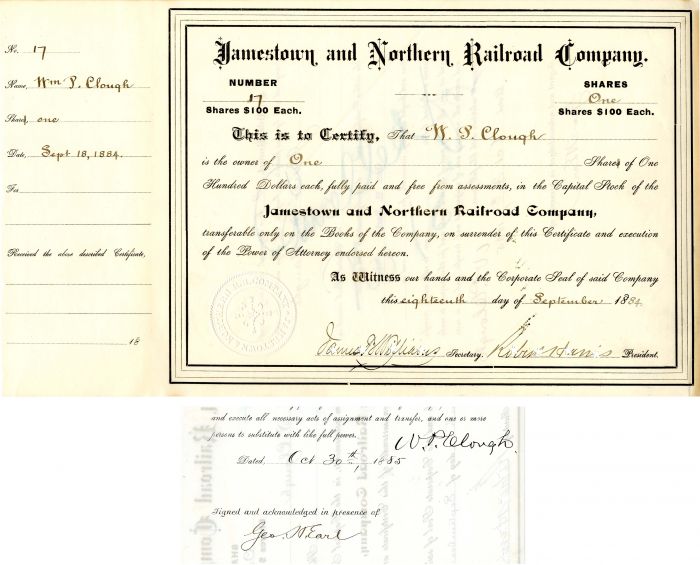