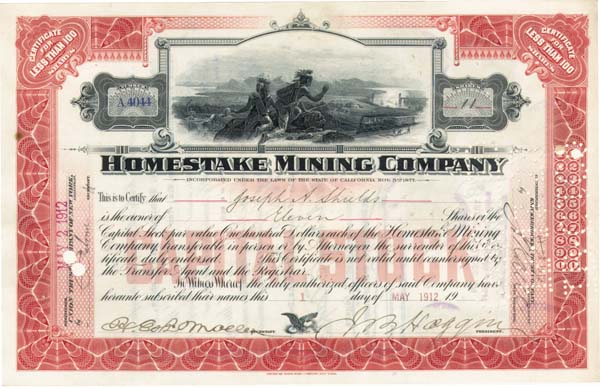 Stock printed by American Bank Note Company, New York. Signed by J.B. Haggin as president. Dated the same month and year of the sinking of the Titanic!

Here is an article that you would like: https://www.kellycodetectors.com/pages/the-black-hills-gold-rush/