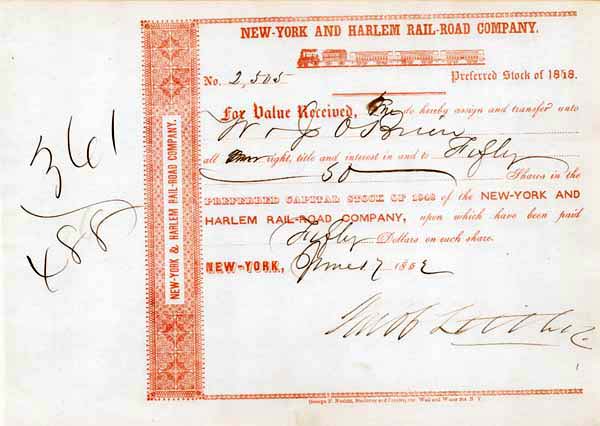 Jacob Little, one of the top manipulators of the stock market in the 1850's. One of the most prominent speculators in Erie Railroad stocks. It was in speculations like this that Little won and lost "Nine Fortunes." Due to such manipulations in the market, "The option limit of sixty days" was adopted in order to prevent manipulation on the "short" side. Stock transfer dated early 1850's has a large impressive uncanceled signature of Little. Near Mint Condition. GREAT!!! From the Syracuse University Collection.