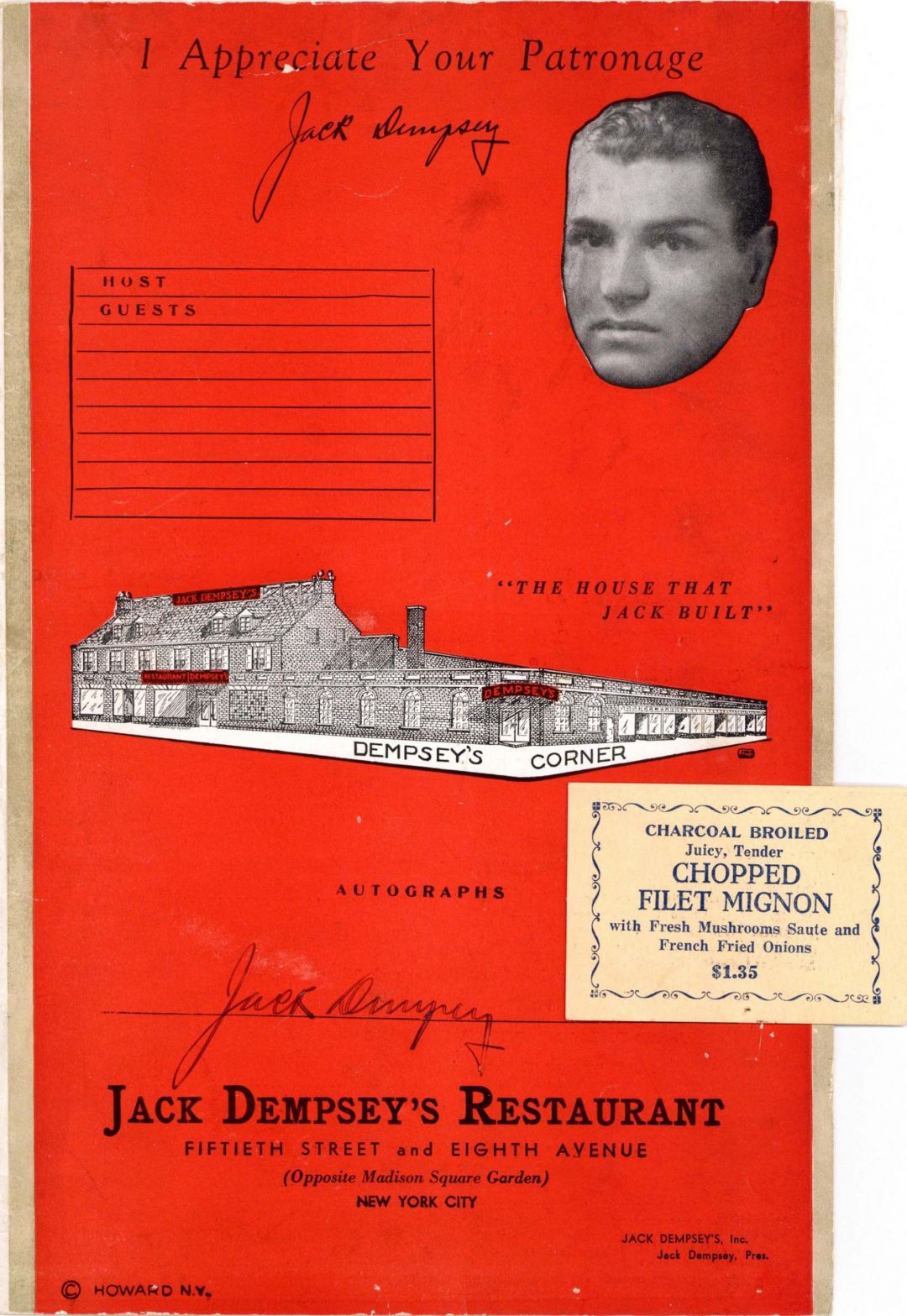 Menu for Jack Dempsey's Restaurant signed by him with small card for "Chopped Filet Mignon". $1.35!!!