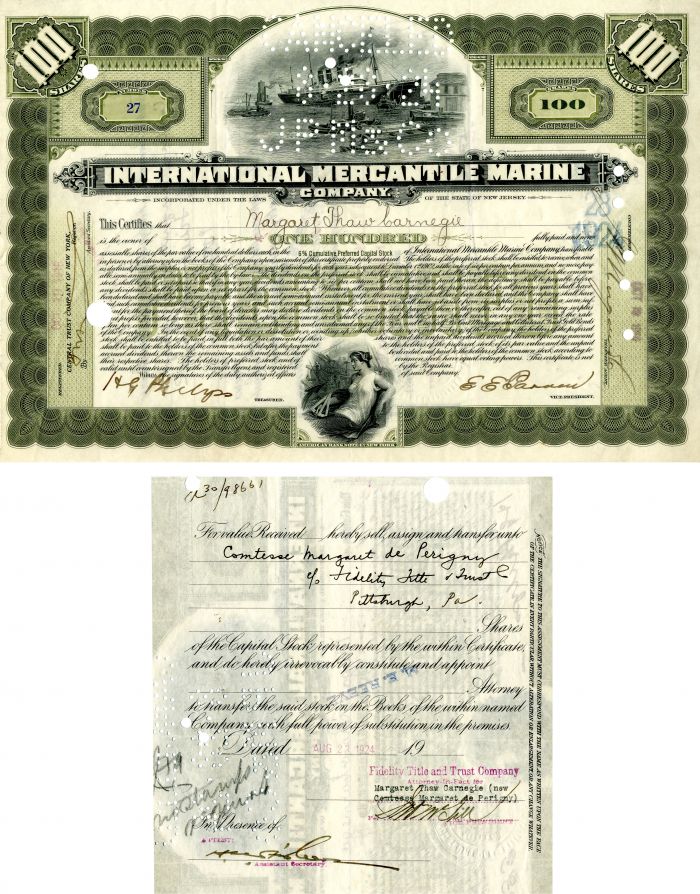 Stock issued to Margaret Thaw Carnegie and signed on back as Comtesse Margaret de Perigny.

In Paris on November 12, 1923, she married Roger, Comte de Périgny. After they married, they lived at the Plaza Hotel in New York. In 1924, she was sued by Madeline Helen Modica of Newark for over an apparent affair with Madeline's husband, Emmanuel Victor Modica, a car salesman.They later moved abroad and spent their time between his Paris home and the farm and estate they built in 1926 on land at the Lake Naivasha known as Kongoni Farm. The farm was a 15,600 acre ranch.

She died on January 9, 1942, at Kongoni Farm in what was then the British East African colony of Kenya. The farm and a life interest in her $2,000,000 estate was left to her husband.

Item ordered may not be exact piece shown. All original and authentic.
Email this to a friend
Request Info
Previous Item (Argonaut Salvage Corporation - Stock Certificate)    (Ships Passport signed by Polk and Buchanan - Autographs) Next Item