International Mercantile Marine - Bond - Co. that Made the Titanic 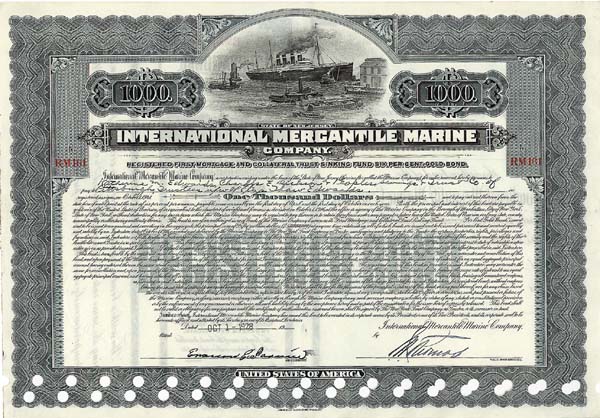