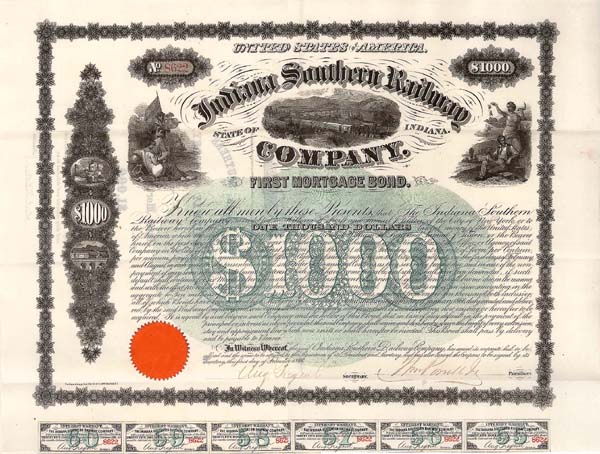 Samuel Jones Tilden (February 9, 1814  August 4, 1886) was the 25th Governor of New York and the Democratic candidate for president in the disputed election of 1876. As of 2020, Tilden is the only individual to win an outright majority of the popular vote in a United States presidential election but lose the election.

Tilden was born into a wealthy family in New Lebanon, New York. Attracted to politics at a young age, he became a protégé of Martin Van Buren, the eighth President of the United States. After studying at Yale University and New York University School of Law, Tilden began a legal career in New York City, becoming a noted corporate lawyer. He served in the New York State Assembly and helped launch Van Buren's third party, anti-slavery candidacy in the 1848 presidential election. Though he opposed the election of Abraham Lincoln in 1860, Tilden supported the Union during the American Civil War. After the Civil War, Tilden was selected as the chairman of the New York State Democratic Committee, and he managed Democratic nominee Horatio Seymour's campaign in the 1868 presidential election.

Tilden initially cooperated with the state party's Tammany Hall faction, but he broke with them in 1871 due to boss William M. Tweed's rampant corruption. Tilden won election as Governor of New York in 1874, and in that office he helped break up the "Canal Ring." Tilden's battle against public corruption, along with his personal fortune and electoral success in the country's most populous state, made him the leading candidate for the Democratic nomination for president in 1876. Tilden was selected as the nominee on the second ballot of the 1876 Democratic National Convention. In the general election, Tilden faced Republican candidate Rutherford B. Hayes, another governor with reform credentials. Tilden focused his campaign on civil service reform, support for the gold standard, and opposition to high taxes, but many of his supporters were more concerned with ending Reconstruction in the South.

Most observers initially believed that Tilden had won the election, but disputes in four states left both Tilden and Hayes without a majority of the electoral vote. As Tilden had won 184 electoral votes, one vote shy of a majority, a Hayes victory required that he sweep all of the disputed electoral votes. Against Tilden's wishes, Congress appointed the bipartisan Electoral Commission to settle the controversy. Republicans had a one-seat advantage on the Electoral Commission, and in a series of party-line rulings, ruled that Hayes had won all of the disputed electoral votes. In the Compromise of 1877, Democratic leaders agreed to accept Hayes as the victor in return for the end of Reconstruction. Tilden was a major contender for the Democratic presidential nomination in the 1880 and 1884 presidential elections, but declined to run.

The Indiana Southern Railroad (reporting mark ISRR) is a short line or Class III railroad operating in the United States state of Indiana. It began operations in 1992 as a RailTex property, and was acquired by RailAmerica in 2000. RailAmerica was itself acquired by Genesee & Wyoming in December 2012.

Indiana Southern Railroad operates 186 miles of track from Indianapolis to Evansville. From Mars Hill (a neighborhood on the southwest side of Indianapolis) southwest through Martinsville and Spencer to Bee Hunter in Greene County, the ISRR runs on tracks that once made up the majority of the former Indianapolis & Vincennes Branch of the Pennsylvania Railroad. State Route 67 parallels the ISRR along much of this section. From Bee Hunter to Elnora the ISRR has trackage rights over the Indiana Rail Road. ISRR tracks resume from Elnora through Washington in Daviess County, Petersburg in Pike County, Oakland City in Gibson County, Elberfeld in Warrick County and Daylight in Vanderburgh County before terminating in Evansville along the former New York Central's Evansville & Indianapolis Branch.

The Indiana Southern began operations with a fleet of 10 ex-CSX EMD GP40 locomotives which were rebuilt without dynamic brakes and identified as GP40-1s.

As of 2018, the ISRR currently operates 10 ex-BNSF EMD SD40-2 locomotives acquired from First Union Railway Equipment in 2013 after the railroad became Genesee & Wyoming property. Additionally, the railroad owns two G&W rebuilt GP40-3 locomotives, 3051 and 3052. ISRR 3051 was rebuilt from ISRR 4051, one of the original GP40-1s originally fleeted and is the only remaining original member of the fleet. Finally, ISRR operates an ex-Toledo, Peoria & Western GP40 painted in the Rail America paint scheme. It is the only remaining member of the fleet not in Genesee & Wyoming paint.

The railroad's traffic comes mainly from coal and grain products, including corn and soybeans. The ISRR hauled around 70,000 carloads in 2008.

The Indiana Southern interchanges in Indianapolis with CSX in CSX's Crawford Yard, the Indiana Rail Road in Switz City and Beehunter, Norfolk Southern in Oakland City in Evansville the railroad terminates with a connection at CSXs (ex-C&EI) Wansford yard, just west of US 41, near the Evansville Regional Airport.

The railroad serves industries in Mooresville and a salt unloading facility in Martinsville. A siding between Whitaker and Gosport is regularly used for car storage; as is a small yard in Worthington on the former New York Central trackage.

The railroad supplies coal to power plants in Edwardsport and Petersburg. There are around 2 trains per week supplying the Edwardsport plant with coal and carrying byproducts from the plant.

The railroad also serves a grain elevator in Plainville and the Grain Processing Corporation in Washington.