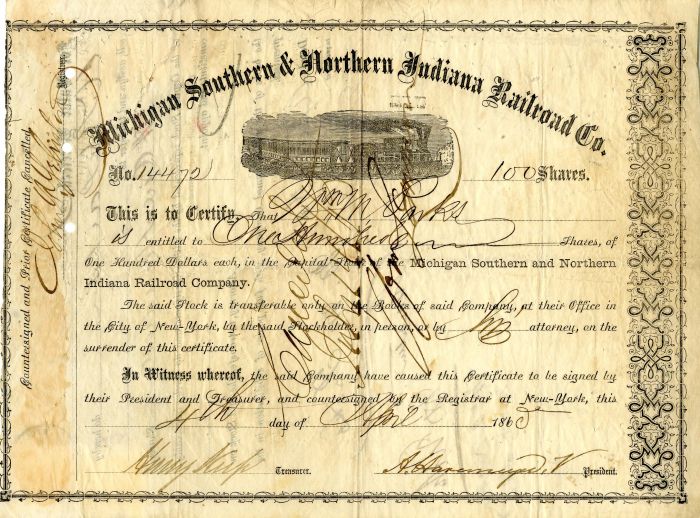 Henry Keep (1818-1869) was a financier, born in Jefferson county, New York, in 1818; died in New York City, 30 July, 1869. After suffering many hardships through poverty, he worked his way to Honeoye Falls. Near Rochester, New York, he was employed as a teamster, and, having saved a small sum of money, invested it during the financial crisis of 1837 in depreciated currency, which, upon its subsequent rise, yielded him a handsome profit. He then bought Canadian banknotes at a discount from residents of the American frontier, and cashed them at par in Canada. In this way he amassed sufficient capital to establish a bank at Watertown, New York, and afterward founded several other country banks. He then removed to New York and became largely interested in railroads and railroad stocks. In 1861-63 he was treasurer of the Michigan Southern railroad, and for six months of 1866 was president of the New York Central Railroad. From June 1868, until the time of his death, he was president of the Chicago and Northwestern, controlling manager of the North Indiana, and president of the Cleveland and Toledo railroad. Henry became known as "William the Silent" because of his uncanny secrecy surrounding his investments.