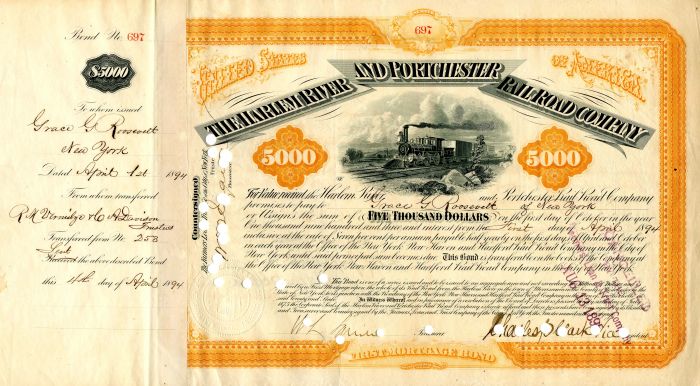 Grace Walton Roosevelt (married name Appleton Clark) (June 3, 1867  November 29, 1945) was a right-handed American tennis player of the end of the 19th century, born in Hyde Park, New York. She was the daughter of John Aspinwall Roosevelt, an estate proprietor, and Ellen Murray Crosby. She started playing tennis with her sister Ellen in 1879 when her father installed a tennis court at their mansion 'Rosedale'. In 1889 she won the mixed doubles title at the U.S. National Championship with A.E. Wright. She won the doubles title in 1890 with her sister Ellen, defeating compatriots Margarette Ballard and Bertha Townsend in two sets. In 1895, she married lawyer Appleton LeSure Clark and had two sons, Russell and Roosevelt. She returned to Rosedale after her husband's death in 1930. She was a first cousin of Franklin Delano Roosevelt, 32nd President of the United States of America.