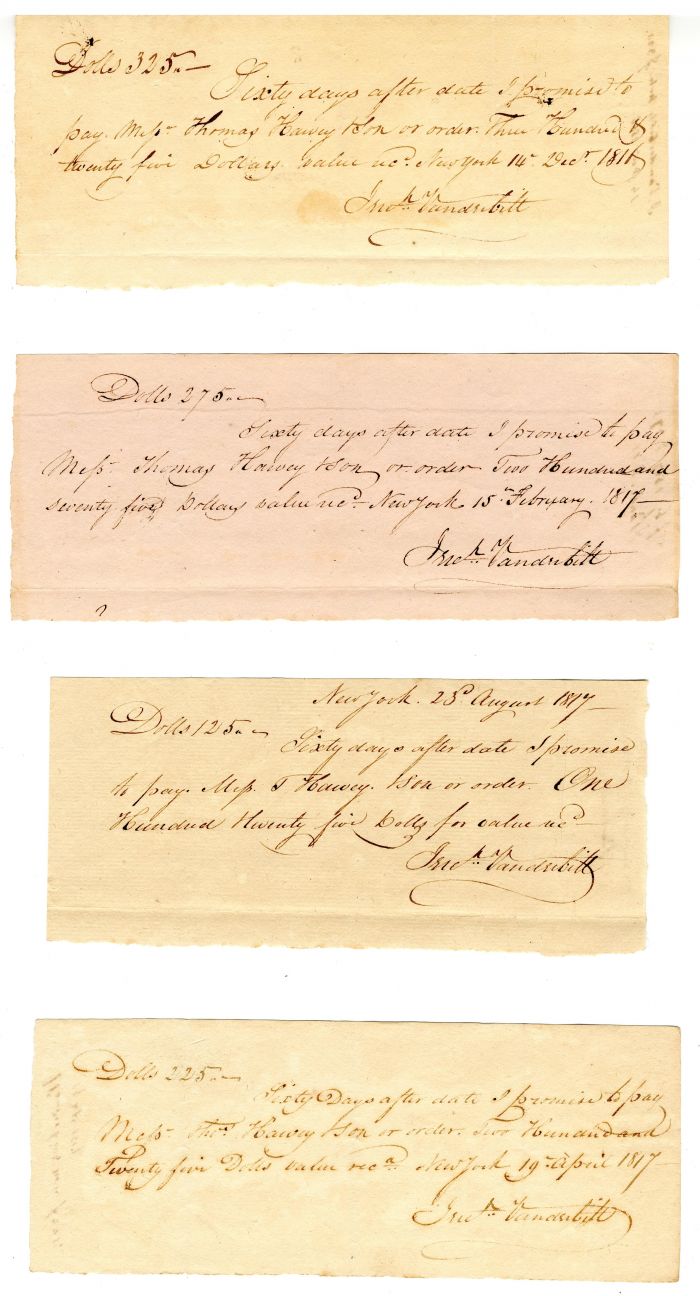 Group of 4 Payment Orders signed by a Vanderbilt. Questionable which one?

The Vanderbilt family is an American family of Dutch origin who gained prominence during the Gilded Age. Their success began with the shipping and railroad empires of Cornelius Vanderbilt, and the family expanded into various other areas of industry and philanthropy. Cornelius Vanderbilt's descendants went on to build grand mansions on Fifth Avenue in New York City; luxurious "summer cottages" in Newport, Rhode Island; the palatial Biltmore House in Asheville, North Carolina; and various other opulent homes.

Condition: Excellent
Item ordered may not be exact piece shown. All original and authentic.
Email this to a friend
Request Info
(Transportation Order signed twice by Gen'l. L. Perrine) Next Item