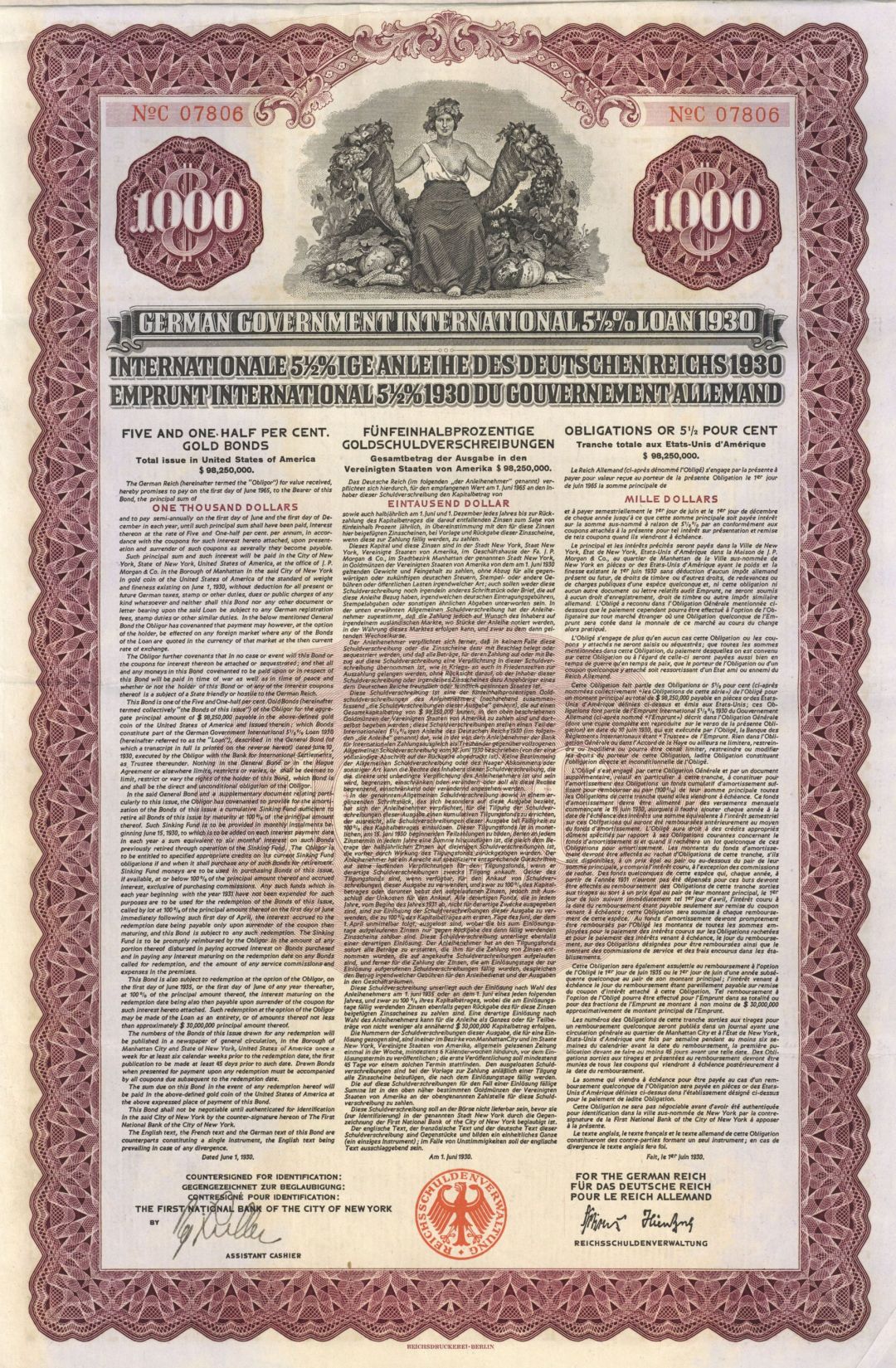 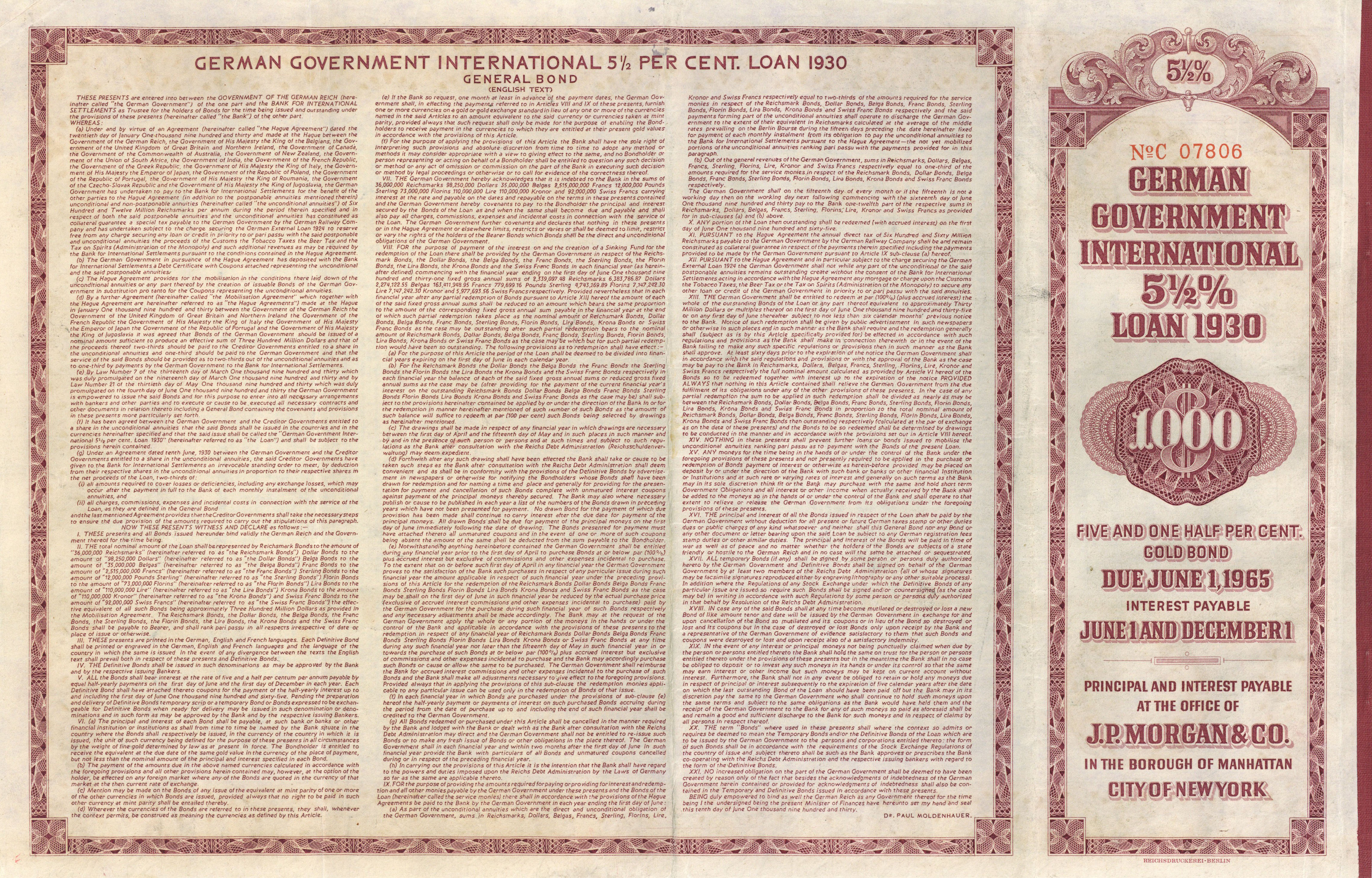 The Young Plan was a program for settling Germany's World War I reparations written in August 1929 and formally adopted in 1930. It was presented by the committee headed (192930) by American industrialist Owen D. Young, creator and ex-first chairman of the Radio Corporation of America (RCA), who, at the time, concurrently served on the board of trustees of the Rockefeller Foundation, and also had been one of the representatives involved in a previous war-reparations restructuring arrangementthe Dawes Plan of 1924. The Inter-Allied Reparations Commission established the German reparation sum at a theoretical total of 132 billion, but a practical total of 50 billion gold marks. After the Dawes Plan was put into operation in 1924, it became apparent that Germany would not willingly meet the annual payments over an indefinite period of time. The Young Plan reduced further payments by about 20 percent. Although the theoretical total was 112 billion Gold Marks, equivalent to US ca. $27 billion in 1929 (US$ 119 billion in 2021) over a period of 58 years, which would end in 1988, few expected the plan to last for much more than a decade. In addition, the Young Plan divided the annual payment, set at two billion Gold Marks, US$473 million, into two components: one unconditional part, equal to one third of the sum, and a postponable part, equal to the remaining two-thirds, which would incur interest and be financed by a consortium of American investment banks coordinated by J.P. Morgan & Co.