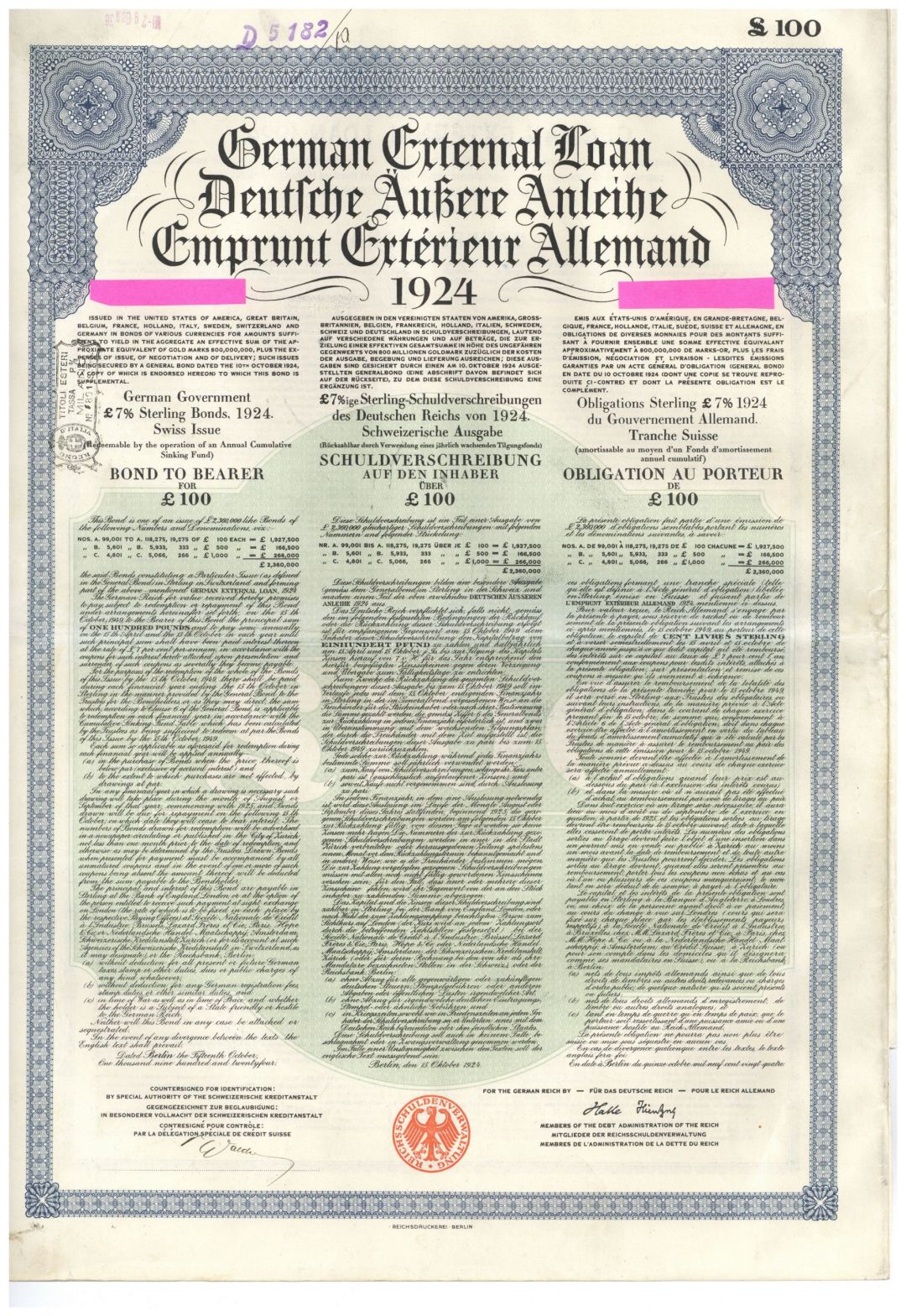 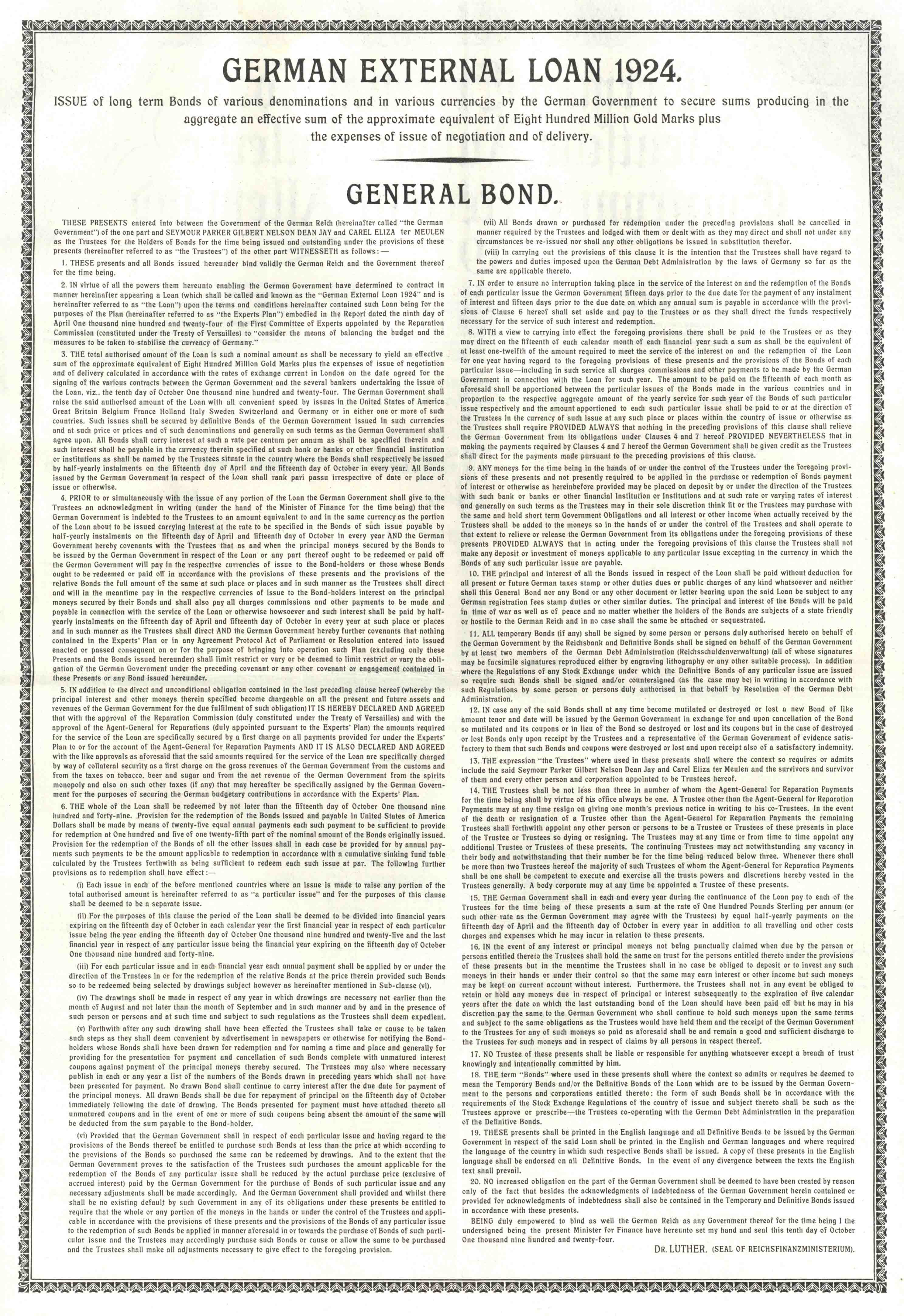 German External Gold Loan Uncancelled 7% 1924 Gold Bond with the 9 traditional coupons remaining with PASS-CO AUTHENTICATION. Almost complete identical to the German Dawes $1,000 Bonds. Only difference is the denomination and the appearance.