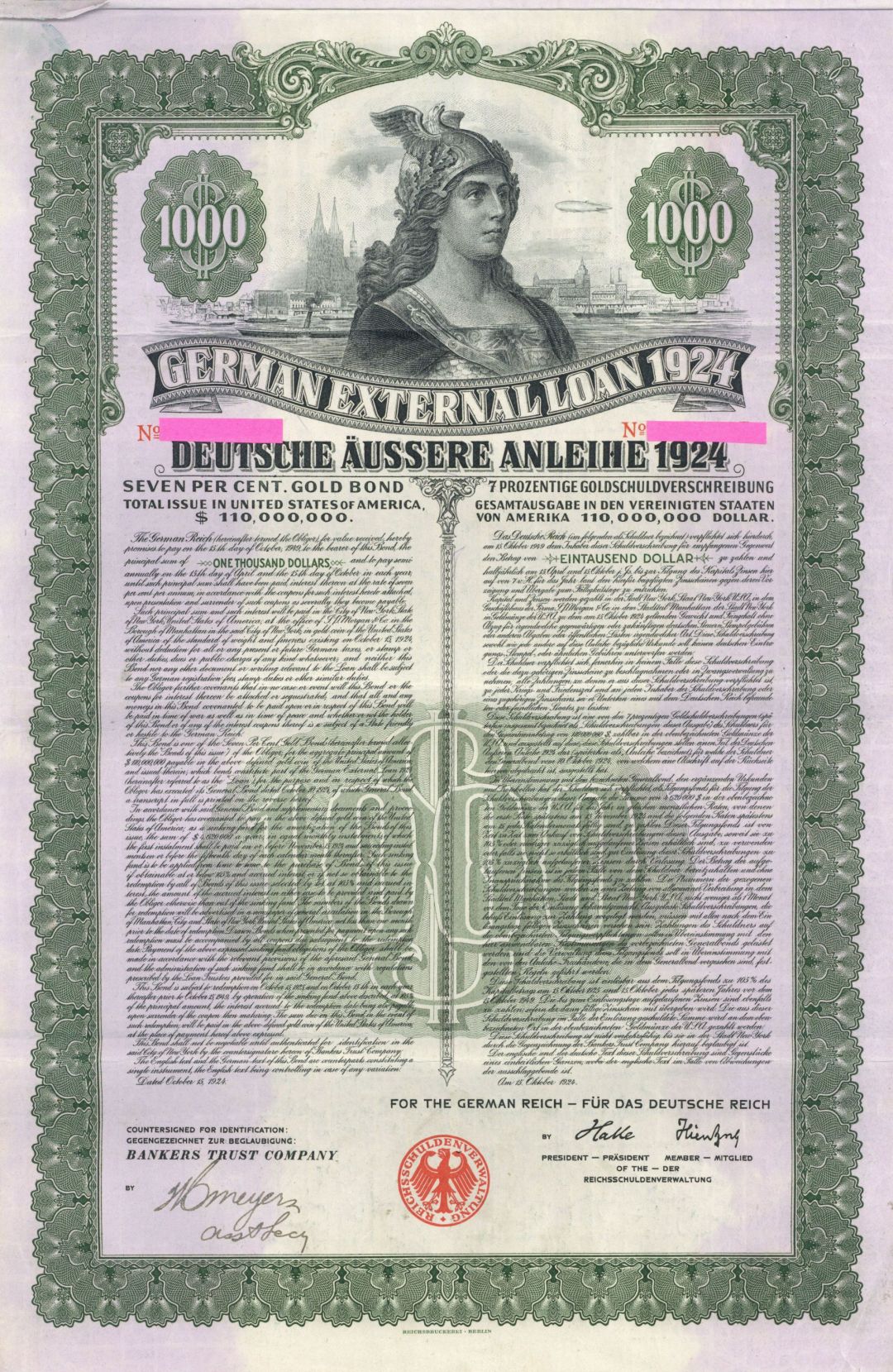 Item ordered may not be exact piece shown. All original and authentic.
Email this to a friend
Request Info
(Rhine-Westphalia Electric Power Corporation 7% 1925 Gold Bond) Next Item