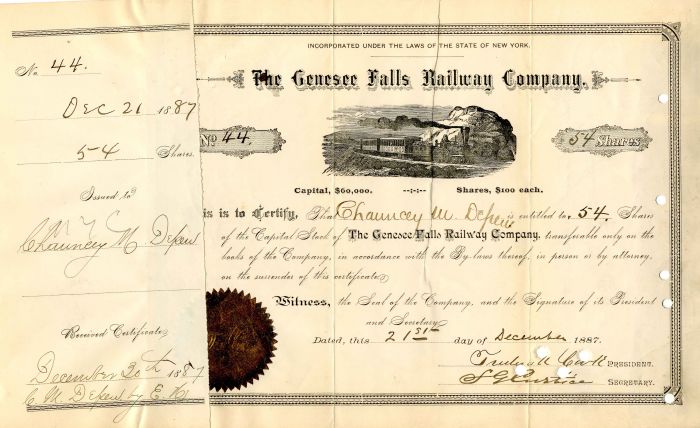 Stock issued to Chauncey M. Depew, not signed. Only 4 ever issued to him. Archival repair.