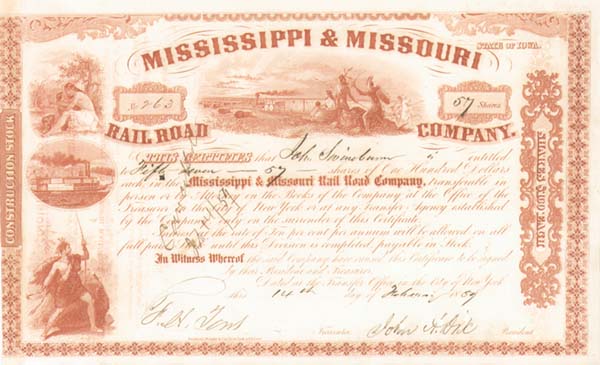 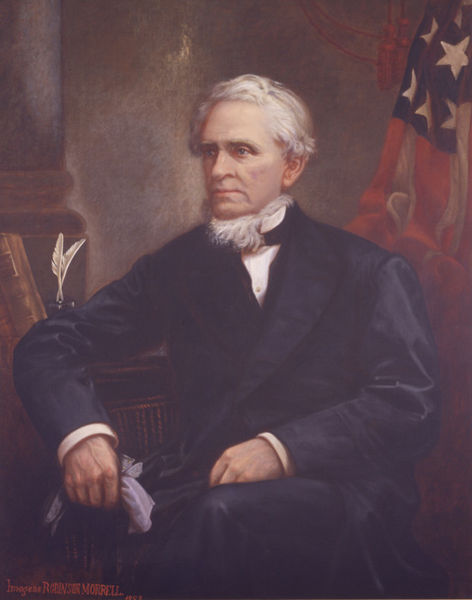 John A. Dix (1798-1879), Soldier, Lawyer, Statesman. An active career in military and politics, he became Secretary of the Treasury in 1861, his chief service to the Union. His dispatch of Jan. 29, 1861 to a treasury official in New Orleans which ended: "If anyone attempts to haul down the American flag, shoot him on the spot!" was a clarion call to the North. After turning over the job to Salmon P. Chase, he was made a major-general. After the war, served as Minister to France and Governor of NY. Dix was born in Boscawen, NH and joined the Artillery as a military cadet at the age of 14. He served in the US Army and attained the rank of captain.

In 1826, Dix married Catherine Morgan, the adopted daughter of Congressman John J. Morgan, who gave Dix a job overseeing his upstate New York land holdings in Cooperstown. Dix and his wife moved to Cooperstown in 1828, and he practiced law in addition to overseeing the land holdings. He was appointed Adjutant General of New York State by Governor Throop. He moved to Albany, New York in 1830, and served as Secretary of State of New York from 1833 to 1839.

In 1853 Dix was president of the Mississippi and Missouri Railroad. He was appointed postmaster of the City of New York and served from 1860 to 1861. In addition to his military and public duties, he was the president of the Union Pacific from 1863 to 1868 during construction of the First Transcontinental Railroad. Dix was the figurehead for rail baron Thomas C. Durant, in both of his railroad presidencies.

He was appointed United States Secretary of the Treasury by President James Buchanan in 1861. At the outbreak of the Civil War, he sent a telegram to the Treasury agents in New Orleans ordering that: "If any one attempts to haul down the American flag, shoot him on the spot." Although the telegram was intercepted by Confederates, and was never delivered to the Treasury agents, the text found its way to the press, and Dix became one of the first heroes of the North during the Civil War. At the start of the American Civil War, Dix was appointed a major general in the New York Militia.

He served as the temporary chairman of the 1866 National Union Convention, was the United States Minister to France from 1866 to 1869, and served as the Governor of New York in his seventies  as one of the oldest governors of New York. Dix died in New York City and was interred in the Trinity Church Cemetery.