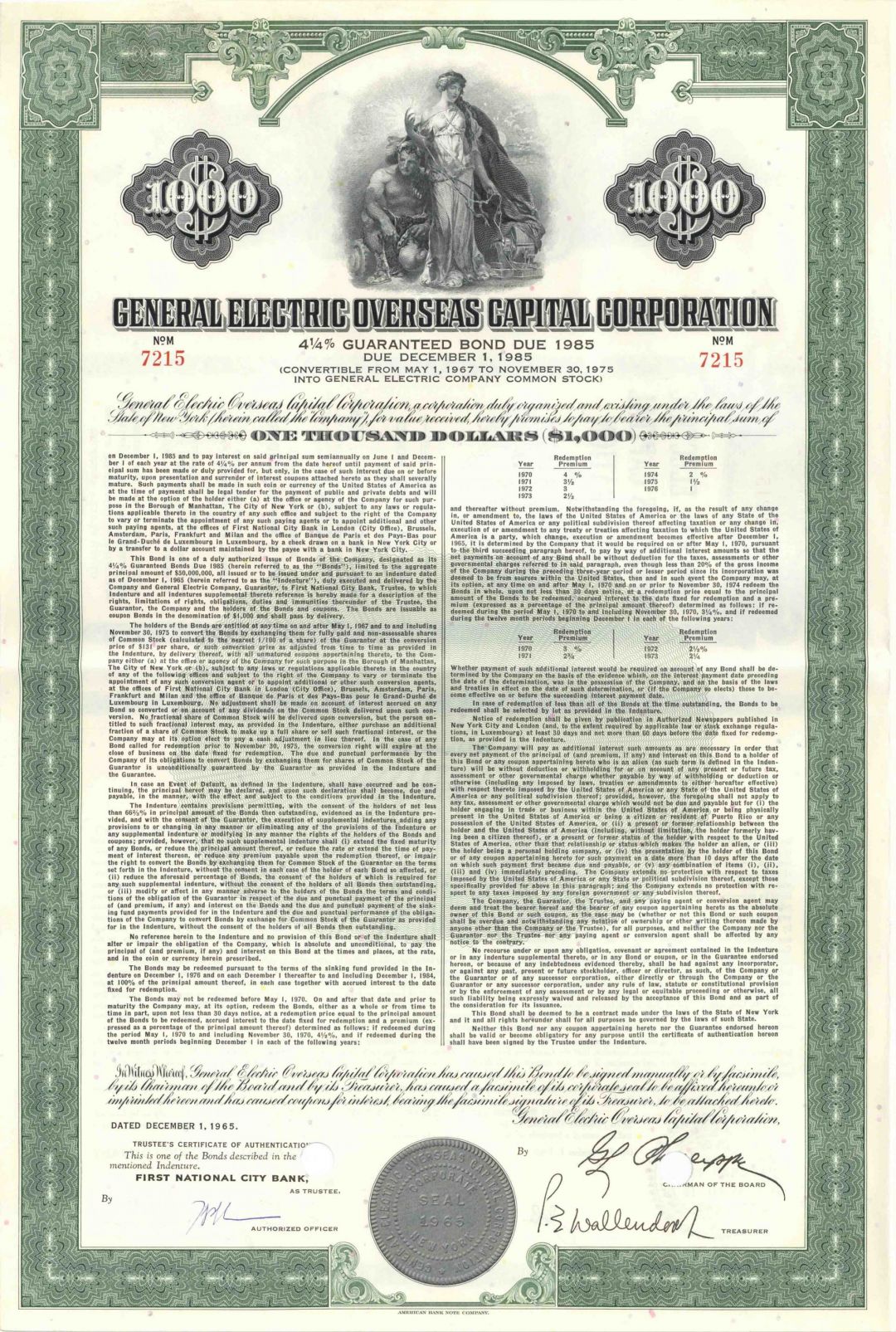 $1,000 Bond. Male and female engraving. She is holding a bright light attached to a generator. Nice quality by American Bank Note Co. Scarce!!!

General Electric Company (GE) is an American multinational conglomerate incorporated in New York State and headquartered in Boston. Until 2021, the company operated through aviation, power, renewable energy, digital industry, weapons manufacturing, locomotives, and venture capital and finance, but has since divested from several areas, now primarily consisting of the first four segments.

During 1889, Thomas Edison had business interests in many electricity-related companies, including Edison Lamp Company, a lamp manufacturer in East Newark, New Jersey; Edison Machine Works, a manufacturer of dynamos and large electric motors in Schenectady, New York; Bergmann & Company, a manufacturer of electric lighting fixtures, sockets, and other electric lighting devices; and Edison Electric Light Company, the patent-holding company and the financial arm backed by J. P. Morgan and the Vanderbilt family for Edison's lighting experiments.

In 1889, Drexel, Morgan & Co., a company founded by J.P. Morgan and Anthony J. Drexel, financed Edison's research and helped merge those companies under one corporation to form Edison General Electric Company, which was incorporated in New York on April 24, 1889. The new company also acquired Sprague Electric Railway & Motor Company in the same year. The consolidation did not involve all of the companies established by Edison; notably, the Edison Illuminating Company, which would later become Consolidated Edison, was not part of the merger. Read more at https://en.wikipedia.org/wiki/General_Electric_Company