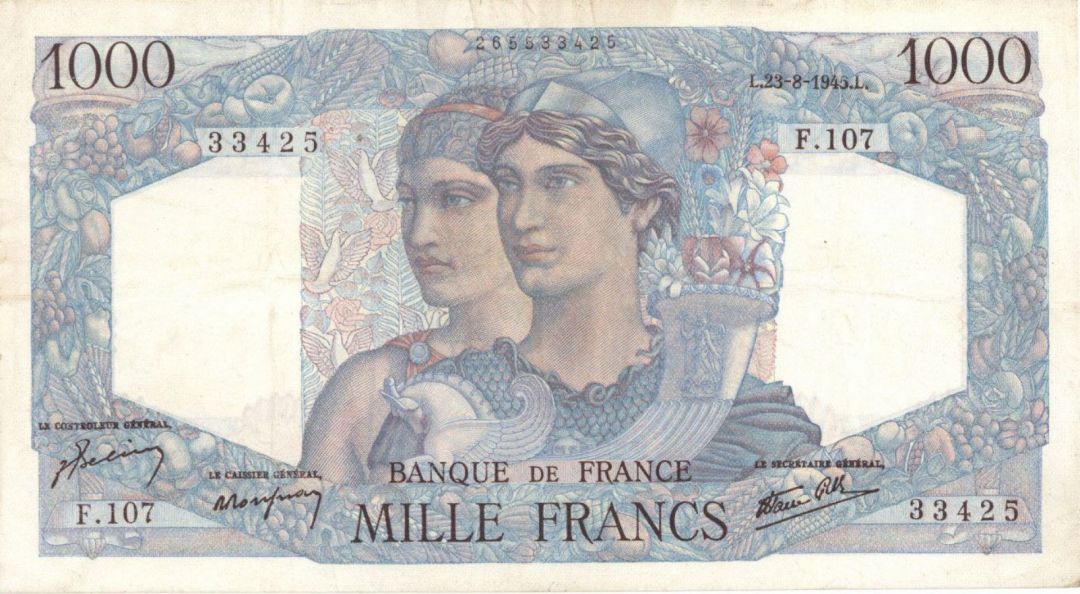 The franc also commonly distinguished as the French franc (FF), was a currency of France. Between 1360 and 1641, it was the name of coins worth 1 livre tournois and it remained in common parlance as a term for this amount of money. It was reintroduced (in decimal form) in 1795. After two centuries of inflation, it was redenominated in 1960, with each new franc (NF) being worth 100 old francs. The NF designation was continued for a few years before the currency returned to being simply the franc. Many French residents, though, continued to quote prices of especially expensive items in terms of the old franc (equivalent to the new centime), up to and even after the introduction of the euro (for coins and banknotes) in 2002. The French franc was a commonly held international reserve currency of reference in the 19th and 20th centuries. Read more at https://en.wikipedia.org/wiki/French_franc