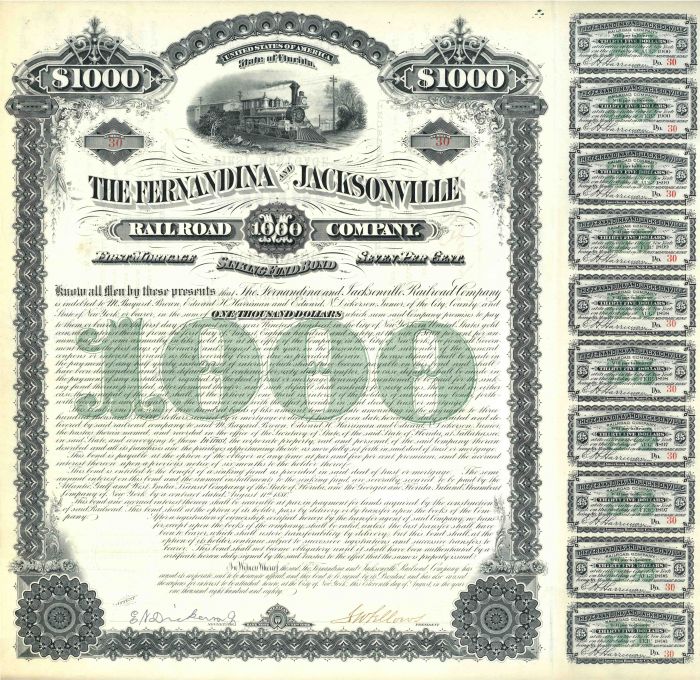 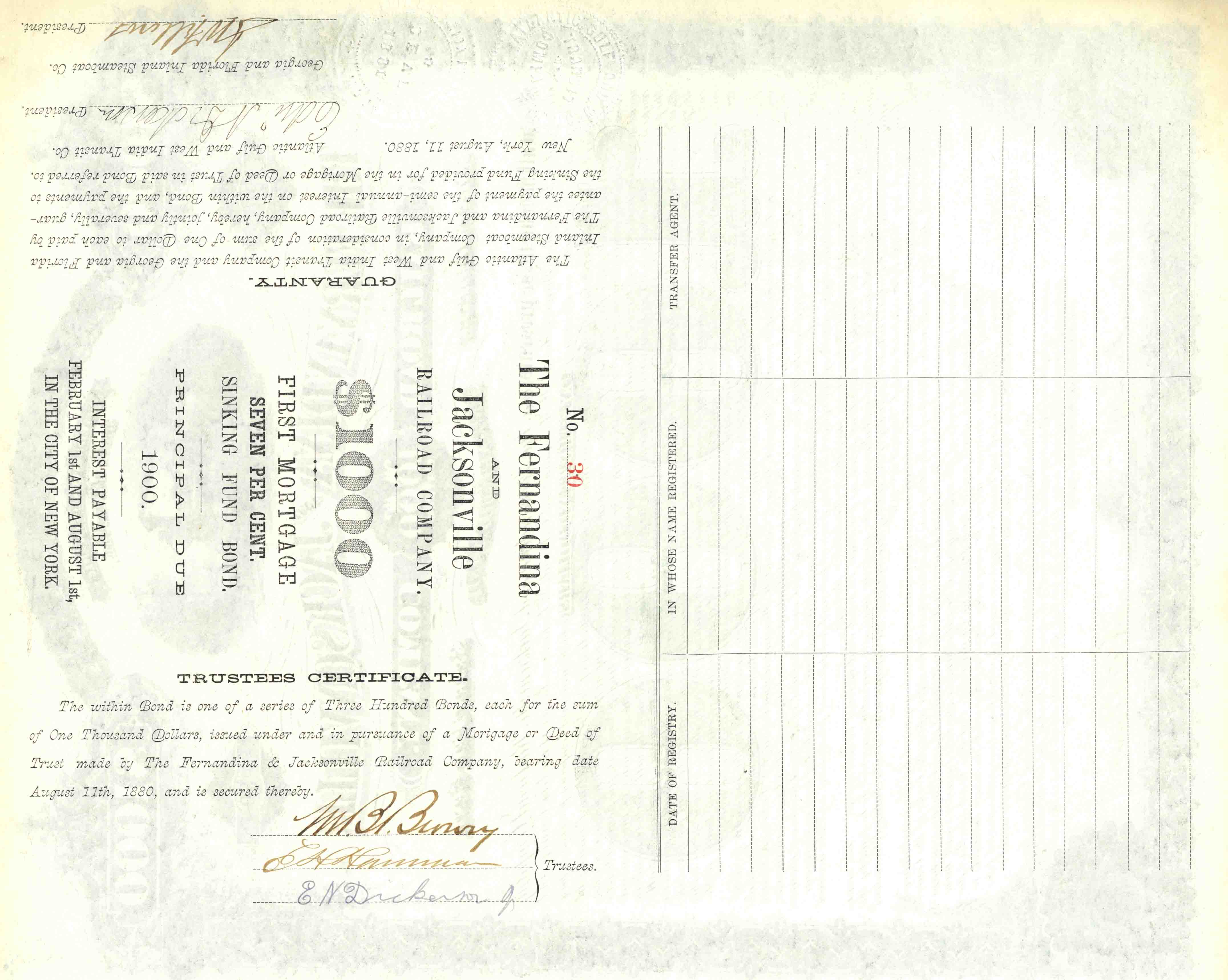 Edward Henry Harriman (1848-1909), Self-confident and ruthless, he spared neither friend nor foe if they blocked his plans. He was President of the Union Pacific. He was worth $400 million at the turn of the century. His genius as an administrator made him one of the great railway builders of all time. This 1880 Fernandina & Jacksonville Railroad bond is fully issued, uncanceled, has all 60 coupons, is signed and sealed three times by officers of 2 railroads and a steamboat company. Harriman signs at back with other trustees. Beautifully engraved by American Bank Note and in Superb Condition.

In relation to the Fernandina and Jacksonville Railroad, the First Coast Railroad (reporting mark FCRD) is a class III railroad operating in Florida and Georgia, owned by Genesee and Wyoming Inc. The name is derived from its area of operations around the First Coast of Florida.

The FCRD was founded in April 2005 to lease 32 miles of a former Seaboard Air Line Railroad from CSX. It stretches east from Yulee to Fernandina Beach, Florida and north from Yulee to Seals, with a connection at Yulee to CSX.

In 1900, the Florida Central and Peninsular Railroad became part of the Seaboard Air Line Railroad, and the line into Georgia became Seaboard's main line.

Seaboard Air Line became the Seaboard Coast Line Railroad after merging with the Atlantic Coast Line in 1967. The former Seaboard Air Line mainline was designated as the S Line with this specific segment known as the Everett Subdivision. The route to Fernandina Beach was designated the Fernandina Subdivision. The Seaboard Coast Line became the CSX Corporation in the 1980s. With the former Atlantic Coast Line main line (A Line) being used as the through route in the combined network, CSX abandoned the S Line between Riceboro, Georgia (just southwest of Savannah) and Bladen, Georgia in 1986 and redesignated the remaining track as the Kingsland Subdivision (a designation which remains on the CSX line south of Yulee). Track between Bladen and Seals was removed in 1990.

CSX leased the lines north of Yulee to the First Coast Railroad in 2005. The remaining Seaboard track north of Riceboro is operated by the Riceboro Southern Railway, another subsidiary of Genesee & Wyoming Inc.