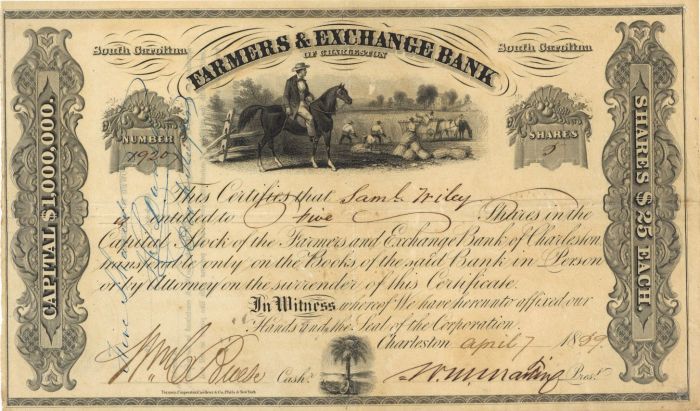 Charleston is the largest city in the U.S. state of South Carolina, the county seat of Charleston County, and the principal city in the CharlestonNorth CharlestonSummerville Metropolitan Statistical Area. The city lies just south of the geographical midpoint of South Carolina's coastline on Charleston Harbor, an inlet of the Atlantic Ocean formed by the confluence of the Ashley, Cooper, and Wando rivers. Charleston had a population of 150,277 as of the 2020 U.S. Census. The 2020 population of the Charleston metropolitan area, comprising Berkeley, Charleston, and Dorchester counties, was 799,636 residents, the third-largest in the state and the 74th-largest metropolitan statistical area in the United States.

Charleston's significance in American history is tied to its role as a major slave trading port. Charleston slave traders like Joseph Wragg were the first to break through the monopoly of the Royal African Company and pioneered the large-scale slave trade of the 18th century; almost one half of slaves imported to the United States arrived in Charleston. In 2018, the city formally apologized for its role in the American Slave trade after CNN noted that slavery "riddles the history" of Charleston.

Known for its strong tourism industry, in 2016 Travel + Leisure Magazine ranked Charleston as the best city in the world.