Duluth and Manitoba Railroad Co. Issued to and Signed by Wm. Nelson Cromwell 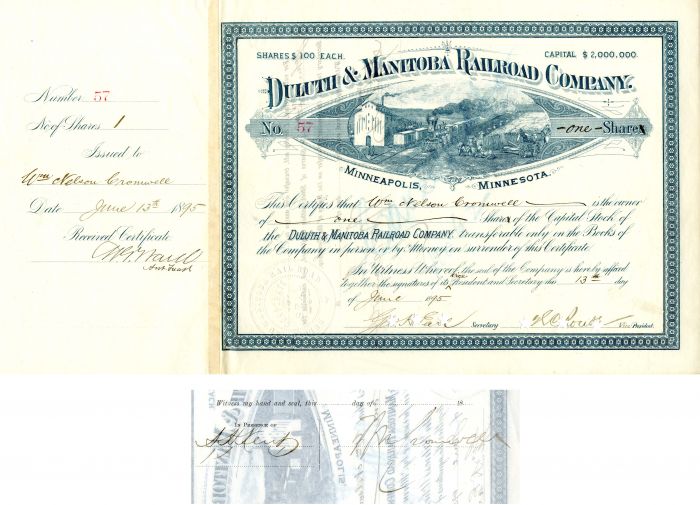