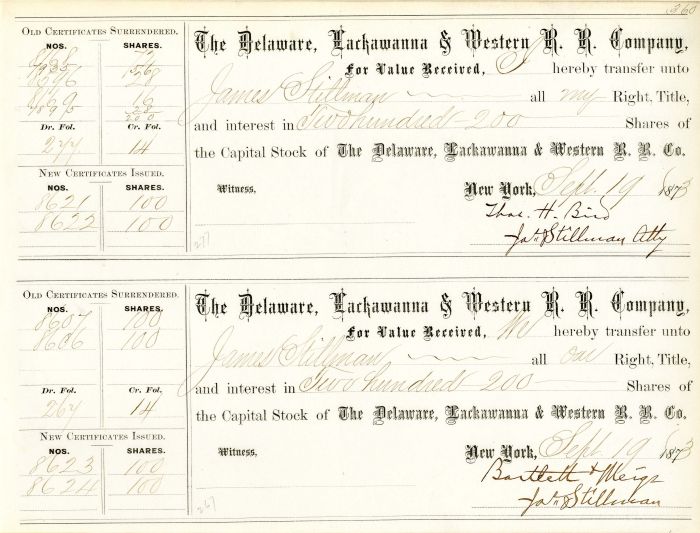 Uncut Sheet of 2 Stocks Issued to and Signed by James Stillman.