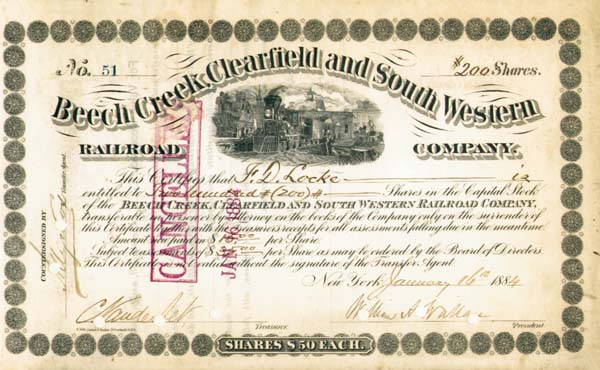 Cornelius Vanderbilt (1843-1899), Stock of the Beech Creek, Clearfield and South Western Railroad Co., NY. Signed by Cornelius Vanderbilt as Treasurer. He also signs a second matching "Receipt for assessment". Both dated early 1880's and have hole cancelled signatures but each is decent and clear. Includes nice portrait of Cornelius. Excellent Condition. Quite Rare!. From the Syracuse University Collection. The Pair.