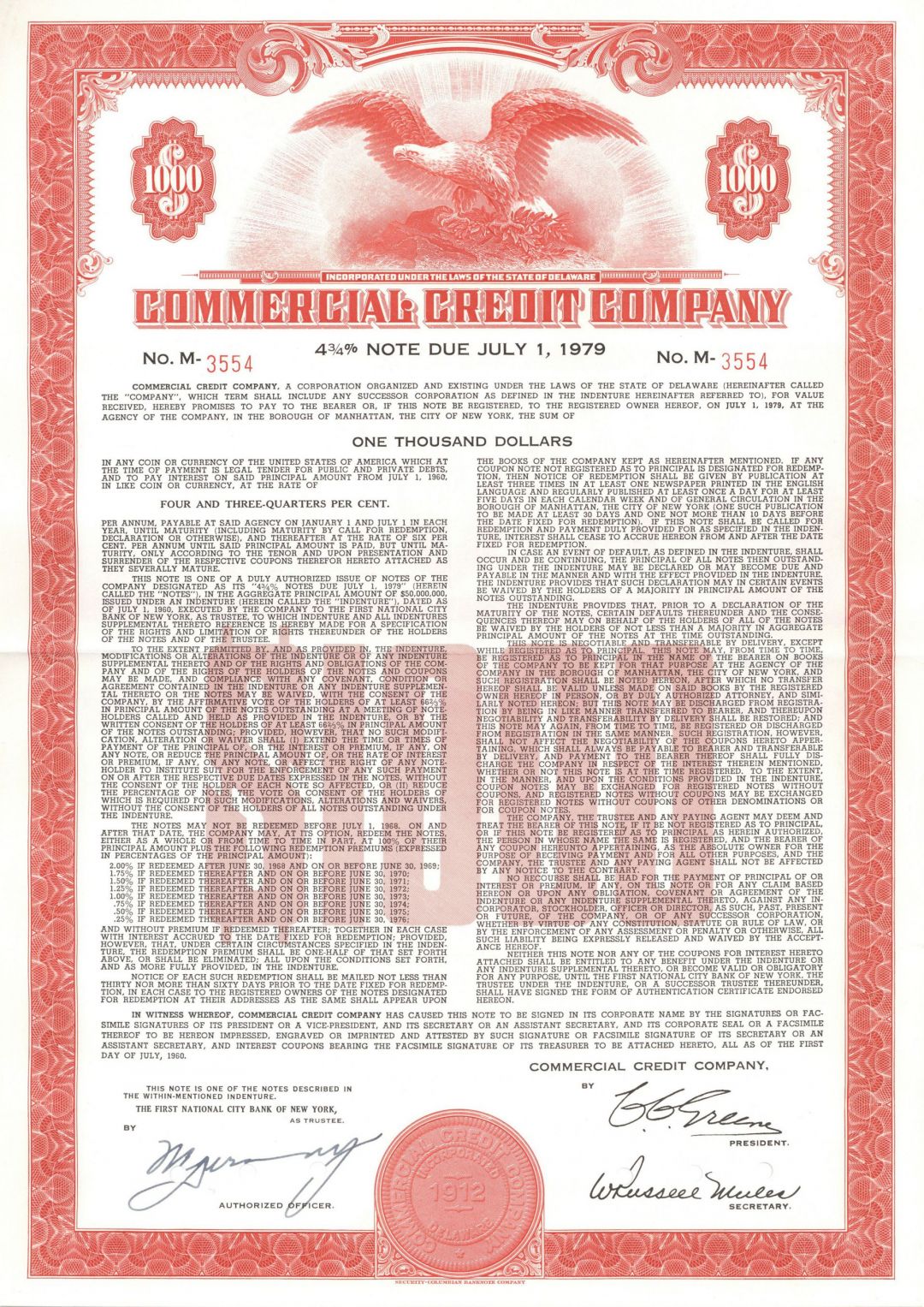 Commercial Credit Company (CCC) was established as a public company by Alexander Edward Duncan and eight businessmen in Baltimore, Maryland in 1912. It began as a lender of capital to companies with their accounts receivable as security. Over the course of several decades, CCC adapted to the changing times, expanding into auto financing and personal lending, maneuvering into insurance to provide coverage for the products it was financing, and even manufacturing war-related goods during the WWII and post-war eras. By 1968, the company was the target of a hostile takeover by Loews Corporation, which had already owned 10% of the company's common stock. However, CCC's management sought a different buyer and was able to sway computer company Control Data Corporation (CDC) into acquiring them instead.

CDC initially utilized CCC as a vehicle to assist customers in financing their computer leases and to stabilize earnings due to the seasonality of the computer business. However, as the computer business became more cutthroat and computer leasing was falling in favor of purchasing, CDC's business began to wane in the next decade and a half. Meanwhile, CCC accounted for more and more of their profits as it expanded its financial services, but it was unable to keep up with industry peers. In 1984, CDC tried to find a buyer for CCC, but could not sell it for the right price. It subsequently withdrew CCC from the market and accepted Sandy Weill's proposal to spin-off CCC into its own public company in 1986. Weill, who had just left American Express after not being lined up as its next CEO, claimed to have pursued the deal for the fun and challenge. He and his associates invested their own money to own 10% of CCC, while CDC retained a 20% stake, with the remaining 70% offered to the public. Weill brought in experienced management to prop up the business to success, exiting unprofitable segments and tripling operating profits within a year.