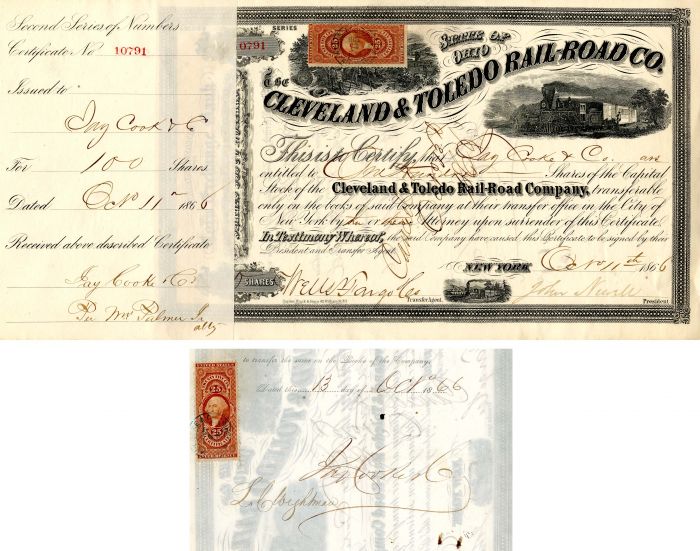 Stock issued to Jay Cooke & Co. and signed on back as such. Civil War Related! Nice! 25 cents revenue stamp on front and back. 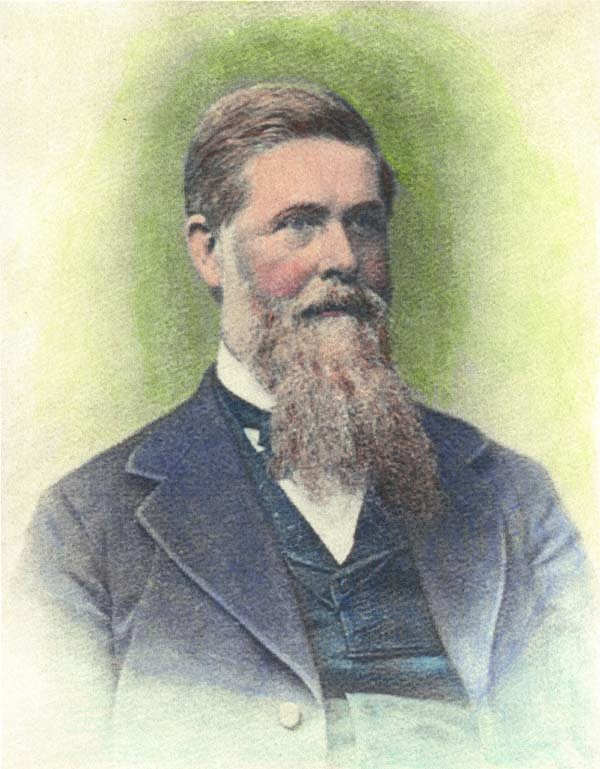 Jay Cooke (1821-1905) Cooke received preliminary training in a trading house in St. Louis and in the booking office of a transportation company in Philadelphia at the age of 18. He entered the Philadelphia house of E.W. Clark & Co., one of the largest private banks in the country. Three years later he was admitted to membership in the firm, and before the age of 30 was also a partner in the New York City and St. Louis branches. In 1858 he retired from the firm, and for the next three years he devoted himself to reorganizing abandoned Pennsylvania railways and canals and placing them again in operation. In 1861, he opened the private banking house of Jay Cooke & Company and quickly floated a war loan of $3,000,000 for the state of Pennsylvania. In the early months of the American Civil War, Cooke collaborated with the secretary of the treasury Salmon P. Chase in securing loans from the leading bankers in the Northern cities. He influenced the establishment of national banks and organized a national bank at Washington and Philadelphia almost as quickly as Congress could authorize the institutions. After the war, Cooke became interested in the development of the northwest, and in 1870 his firm financed the construction of the Northern Pacific Railway. Cooke fell in love with Duluth, Minnesota, and decided he must make it successful. He began purchasing railways with the dream of reaching the Pacific to bring goods through Duluth into the Great Lakes shipping system and on to the markets of Europe. In advancing the money for the work, the firm overestimated its capital, and at the approach of the Panic of 1873 it was forced to suspend. Cooke himself was forced into bankruptcy. By 1880 Cooke had met all his financial obligations, and through an investment in a silver mine in Utah, had again become wealthy.