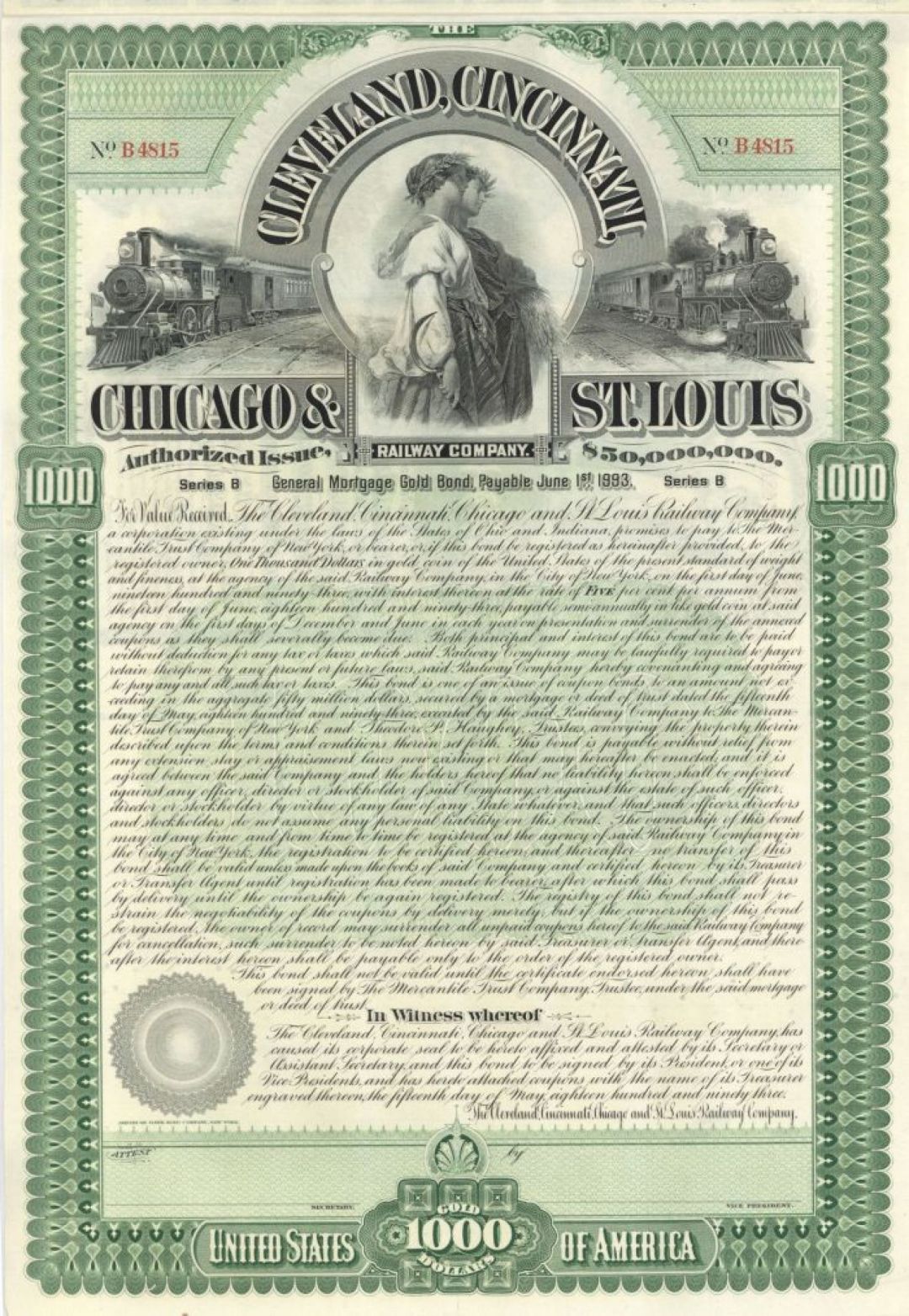 $1,000 5% Railroad Bond printed by American Bank Note Company, New York. Super triple vignette of 2 female figures and a steam train on each side.

Its primary routes were in Illinois, Indiana, Michigan, and Ohio. At the end of 1925 it reported 2,391 route-miles and 4,608 track-miles; that year it carried 8180 million net ton-miles of revenue freight and 488 million passenger-miles