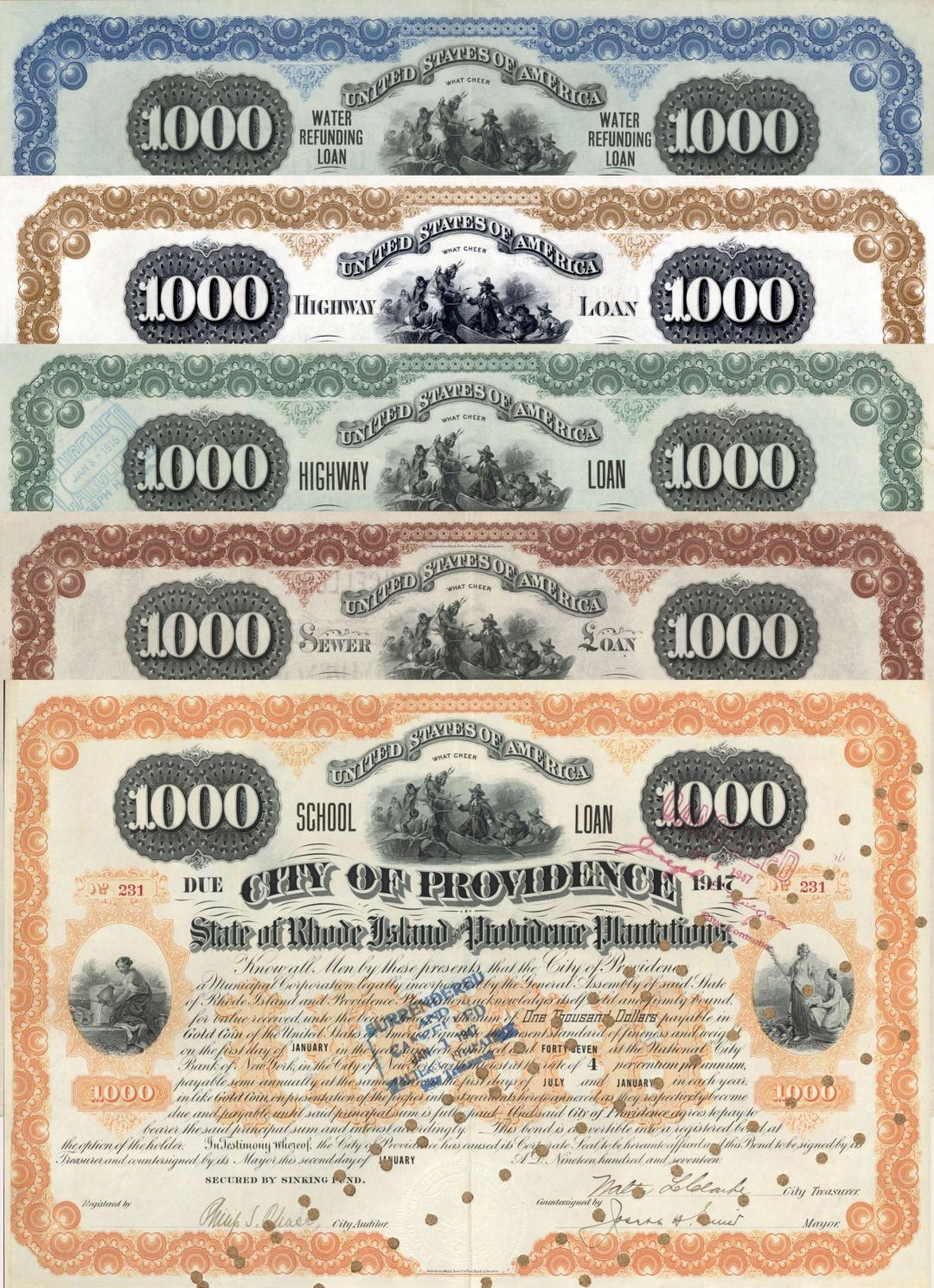 One Color Only. If you would like a Group Price, let us know. Comes in Blue, Light Brown, Green, Dark Brown or Orange. Various Denomin. 3 vignettes including 'What Cheer' scene of Roger Williams in boat with Indians & 2 of female figures. Exceptional graphics! Classic! Please specify color.