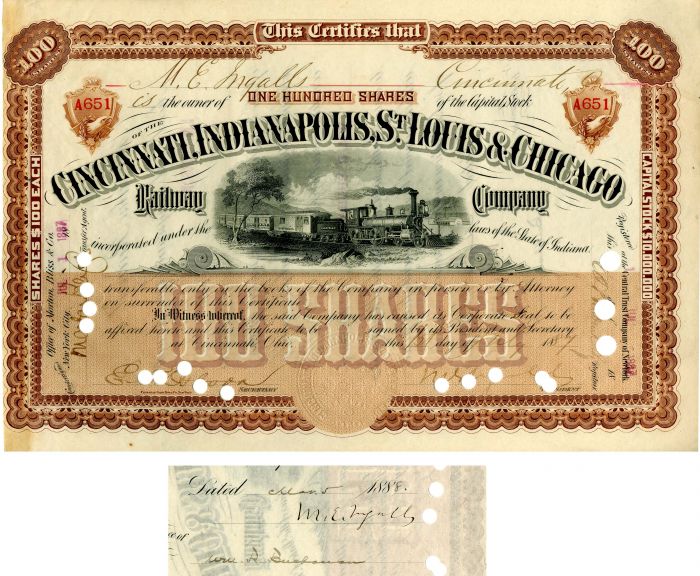 Years: 1887
Stock issued to and signed twice by M.E. Ingalls.

Melville Ezra Ingalls (18421914), commonly abbreviated M. E. Ingalls, was a Massachusetts state legislator who went on to become president of the Cleveland, Cincinnati, Chicago and St. Louis Railroad (the Big Four Railroad). Ingalls was born on September 6, 1842 in Harrison, Maine, where he worked on the family farm until he began teaching at the age of 16. After graduating from Harvard Law School in 1863, Ingalls began practicing law in Gray, ME before moving to Boston, Massachusetts, where he became an expert in corporate law, specializing in transportation lines. In 1871, he was retained as counsel to the Cincinnati and Lafayette Railroad and would eventually become its president. After multiple consolidations under his watch, the company became known as the Big Four Railroad.