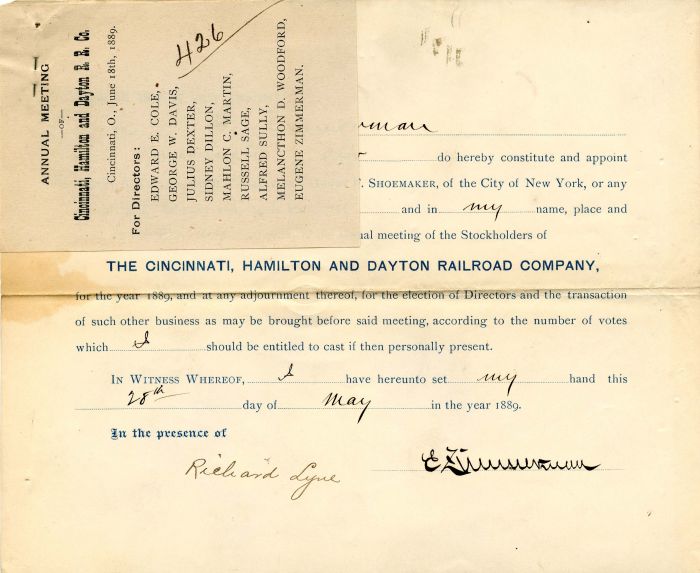 An astute businessman, Zimmerman bought and sold properties for many years after the Civil War, selling his petroleum interests to the fledgling Standard Oil company in 1874. He entered the railroad business by constructing roads out of Cincinnati, eventually becoming President of the Cincinnati, Hamilton & Dayton Railroad. He later gained control of numerous other roads, including (in 1904) the Pere Marquette Railroad and the Chicago, Cincinnati & Louisville Railroad. In 1914 it was charged that Zimmerman and his associates had loaded the C.H.&D. with over $24 million in debt which, in a series of complex transactions, reputedly cost J.P. Morgan some $12 million, but Zimmerman died before he could respond to these allegations.