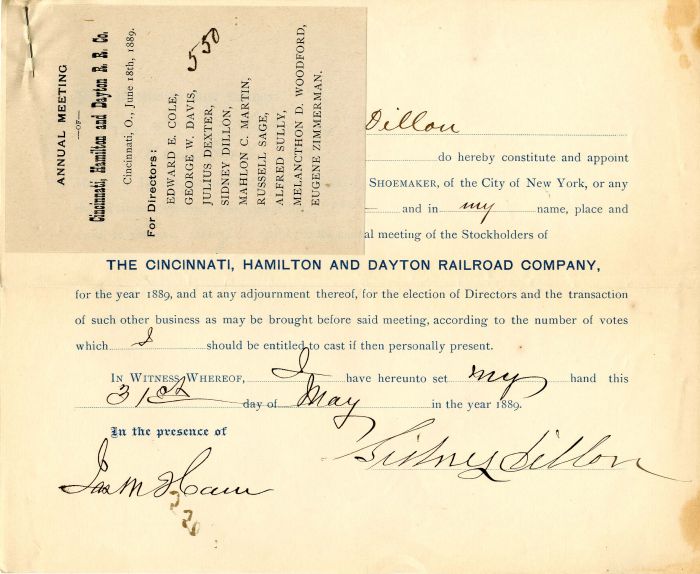 Power of attorney at annual meeting of the Cincinnati, Hamilton and Dayton Railroad Company signed by Sidney Dillon.