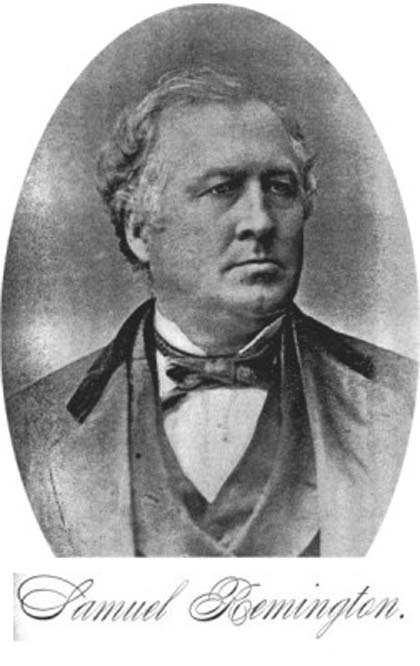 Samuel Remington (1819-1892), along with his father and two brothers developed the Remington Arms Co.

A major industrialist during the 19th Century and an integral part of the development of the famous arms company, Samuel Remington's primary job was to secure government contracts for the family business. He later acted as the arms purchasing agent for France during the Franco-Prussian War.