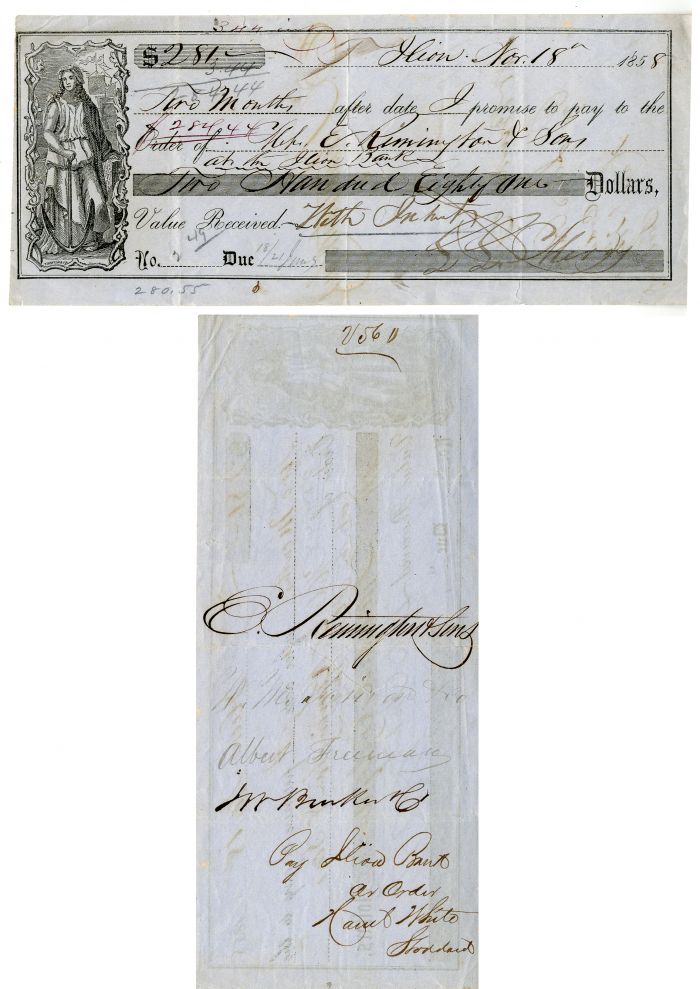 Check issued to E. Remington & Sons and signed on back by E. Remington, Jr. for company. Rare variety!