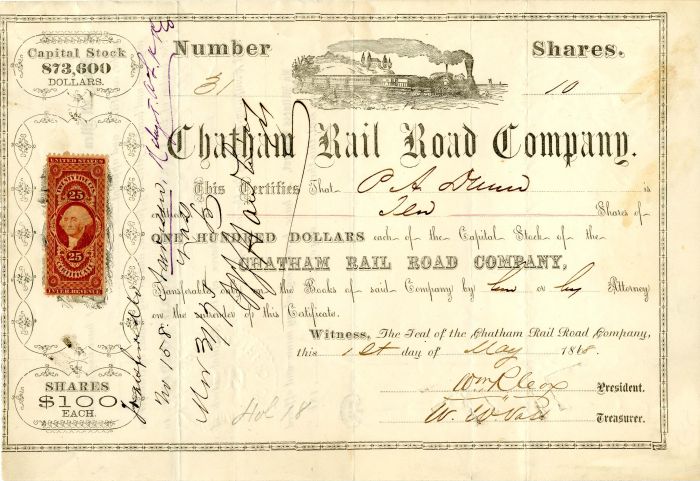 William Ruffin Cox (March 11, 1831 or 1832  December 26, 1919) was an American soldier and politician from the state of North Carolina. He was a brigadier general in the Confederate Army during the Civil War, a three-term member of the United States House of Representatives from 1881 to 1887, and Secretary of the Senate from 1893 to 1900.

With North Carolina's secession and the outbreak of the Civil War in early 1861, Cox raised and outfitted the "Ellis Artillery Company". He soon afterwards raised an infantry company and was appointed as the major of the 2nd North Carolina Infantry Regiment by Governor Ellis. He fought in the Battle of Antietam, and was given a promotion to lieutenant colonel, as he and the officer previously holding that rank were promoted with the death of the regiment's first colonel, Charles C. Tew, in that battle. Not long afterwards, the new colonel resigned and Cox assumed command of the veteran regiment. He was formally commissioned as the colonel of the 2nd North Carolina in March 1863. In May of that year, Cox was wounded three times in the fighting at the Battle of Chancellorsville. Despite his painful wounds, he stayed in command until late in the fighting when exhaustion forced him to retire to a field hospital to be treated. Missing the Gettysburg Campaign due to his injuries, Cox did not return to the field until the fall of 1863. While temporarily in command of Ramseur's Brigade because the general was on leave to get married, Cox was wounded in the face and right shoulder early in the battle of Kelly's Ford on November 7, 1863. Shipped to the hospital in Richmond, the wound resulted in a 40-day furlough to recuperate.[2] He fought with distinction at the battles of the Wilderness and Spotsylvania Court House, being personally commended by General Robert E. Lee for bravery in fighting on May 12. Afterwards he was assigned command of a brigade of North Carolina infantry, despite being junior in rank to other colonels in the brigade. He led his troops at the Battle of Cold Harbor and then accompanied the Army of the Valley under Maj. Gen. Jubal Early in the Shenandoah Valley. At the Battle of Monocacy, Cox's brigade played a prominent role in the day-long fighting. Returning to the Army of Northern Virginia, Cox served in the trench defenses during the Siege of Petersburg, including the counterattack of Confederate forces on the Union's Fort Stedman. Promoted to brigadier general, Cox led a brigde during the final year of the war, including the Appomattox Campaign. He surrendered his men to the Federal army at Appomattox Court House in April 1865 and returned home. During the course of the war, he survived a total of eleven wounds.