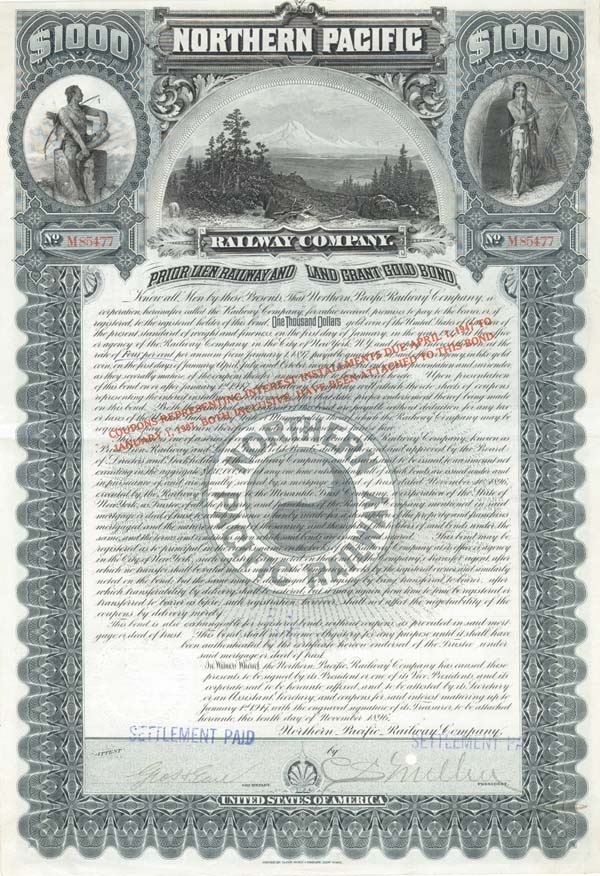 Charles Sanger Mellen (1851-1927), Railroad Executive, his early career involved New England Railroads, then the Union Pacific. Close ties with J. P. Morgan obtained him the Presidency of the Northern Pacific in 1892. In 1904, a serious consultant to President Roosevelt. Later returning to the New Haven, he nearly succeeded in monopolizing the transportational system of New England and became President of both the Boston & Maine and the Maine Central. (It is most interesting to note that today Guilford Transportation is owned by Timothy Mellon and he now owns both of the same railroads. He is the grandson of Andrew Mellon). Later, due to serious train accidents, the Interstate Commerce Commission called the Mellen management one of the most glaring instances of maladministration. Beautiful 1896 $1,000 Gold bond with superb vignettes has a nice very slightly cancelled signature of Mellen as President. His signature is very rare on this bond. An important autograph. Excellent Condition.