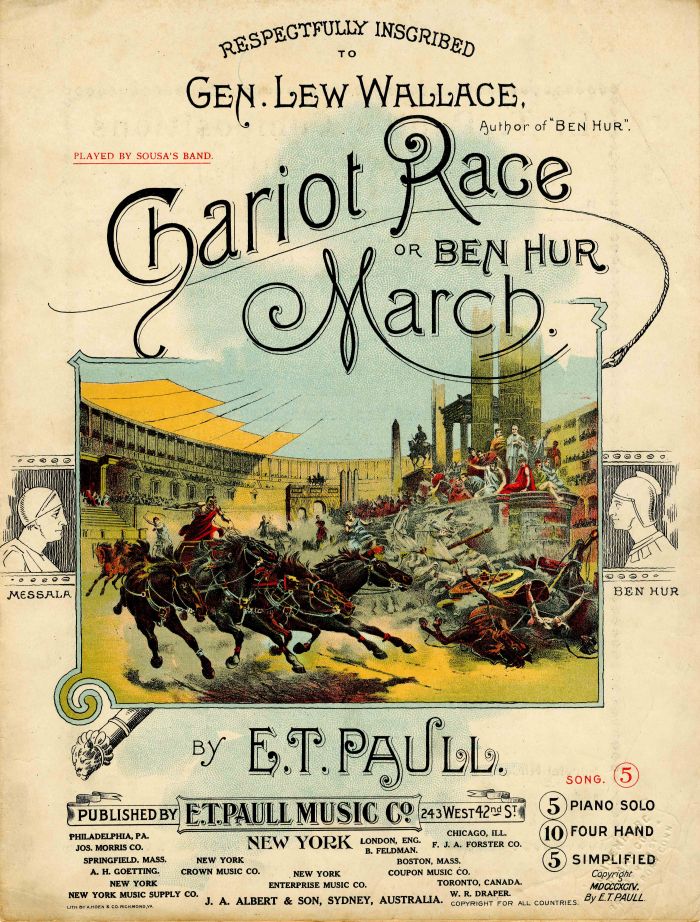 He was born in Gerrardstown, in what is now West Virginia, and died in Brooklyn, NY.

He had some success with a few titles which enabled him to set up his own self-publishing company. His music was intended for the piano sheet music trade.

His first publication was for the Richmond Music Company in Richmond, VA where he was general manager. The first publication was The Chariot Race or Ben Hur March with a full-color cover. Paull's success with Ben Hur, prompted him to use it in his marketing as he moved into the music teaching market and the phonograph manufacturing business.

He began publishing in 1894, specializing in marches. He is known for his 1905 march entitled, Paul Revere's Ride which was dedicated to the Daughters of the American Revolution.

In order to sell music, the music was marketed with uniquely colorful front cover illustrations to catch the eye of buyers. He was the first music publisher to use five-color lithography for his sheet music. For this reason alone, music published by his firm has become highly collectible in the modern era and has latterly aroused interest in the composer.

To further boost sales, he marketed his music as "descriptives" and ascribed certain sections of the music to allude to certain depictions of events on the cover illustration. This type of publication alludes to its being comparable to program music whilst never achieving the requisite complexity. The marketing of the pieces as "descriptives" (often a latter enhanced recycling of earlier published material) enabled the same music to be sold a second time around to the wide market of beginner-level pianists who had been accustomed to fare of this kind since Pridham's "Battle March of Delhi" in the mid-19th century. On this musical level, his true contemporaries were the British writers Ezra Read and Theo Bonheur of the same period.