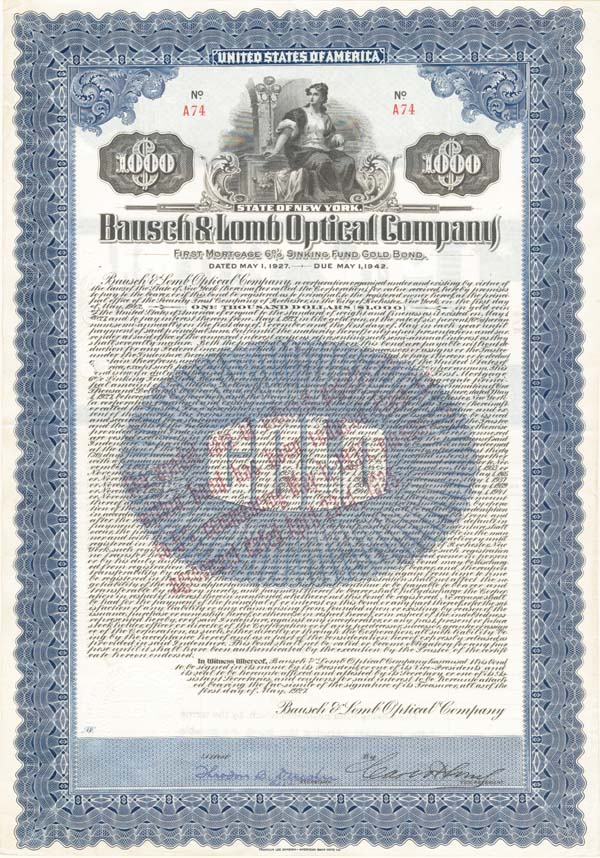 Carl Lomb - In 1853 Henry Lomb lent John Jacob Bausch his life savings of sixty dollars. This led to a capital appreciation of one million percent! He then became a partner of Bausch & Lomb, which fifty years later was capitalized at Six Hundred Thousand dollars and was recognized as the worlds largest manufacturer of optical lenses. This attractive $1,000 Gold Bond has a dark uncanceled signature of Carl Lomb as Vice President. Quite rare and nicely printed by Franklin Lee Division of American Bank Note Co. Excellent Condition.
Condition: Excellent