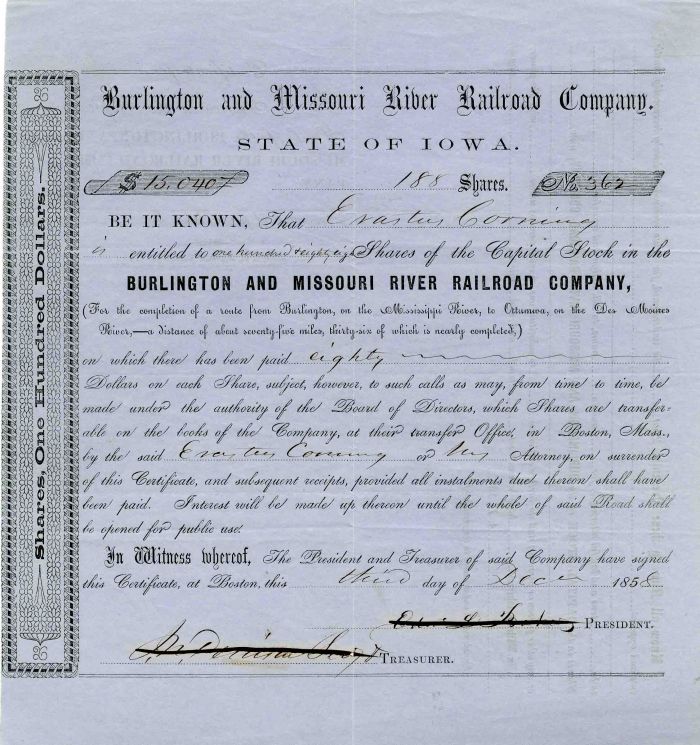 Stock issued to, not signed by Erastus Corning. Only 1 found! Very Rare!

Erastus Corning (1794-1872) Railroad executive; U.S. Congressman.  Long active in the financial and political affairs of New York state, Corning very early grasped the potential of railroads, and served as the first and only president of the Utica & Schenectady Railroad from 1833-53.  In 1851, Corning was instrumental in petitioning the state legislature pass a law which would permit two or more companies to consolidate in order to form a single company.  Such a law was passed in 1853, at which time Corning became the first president of the New York Central system, a position he held from May 1853-April 1864.  He maintained close ties to numerous railroads for many years after leaving the New York Central presidency.  Corning served in the U.S. House of Representatives 1857-59 and 1861-63, and Corning, NY is named in his honor.