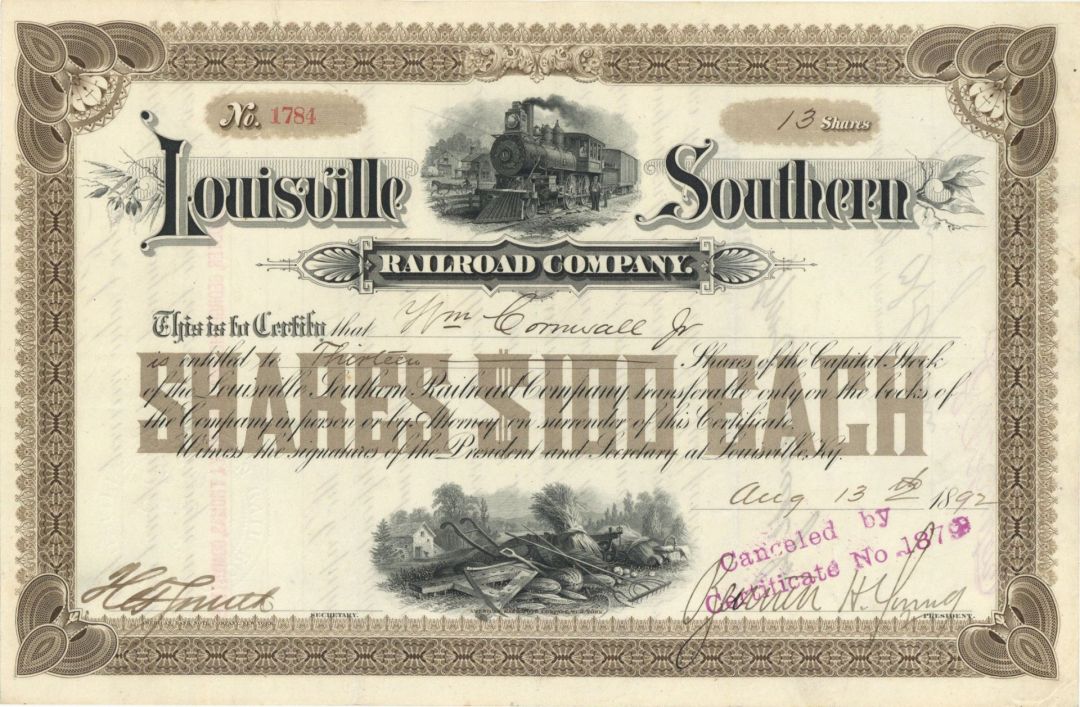 The Louisville Southern Railroad (abbreviated: LS) was a 19th-century railway company in the U.S. state of Kentucky. It operated from 1884 until 1894, when it was incorporated into the Southern Railway in Kentucky.

Within Louisville, the LS leased the track and facilities of the Kentucky and Indiana Bridge and Railroad Company: passengers boarded and disembarked at Central Station on Seventh Street and cargo was loaded and unloaded at the K&I's West End yard. The Louisville Southern in turn was leased by the LNA&C from 1889 to March 1890. The East Tennessee, Virginia and Georgia Railway later leased both the Cincinnati Southern and the Louisville Southern and all three were merged into the Southern system in 1894.